Moscow, the Central House of Architects. Our correspondent Alexey Nevsky. Here in the evening of May 28th, with the assistance of the KNAUF group, the presentation of the Russian-language edition of "Town planning in Stalin's shadow", a book by the German scientist and architectural researcher Harald Bodenschatz, took place.

In the opening presentation, the president of the Union of Moscow Architects, Nikolay Shumakov, noted that the subject of town planning is always interesting. It is surprising that this book was conceived in Germany and wasn’t written as easy fiction - the author tried to investigate town planning from the point of view of a professional, for which we owe him thanks.

Then Nikolaus Knauf, the Honourable Consul of Russia in Nuremberg and the co-owner of the KNAUF international group handled the welcome speech to the audience. To congratulate the author on the publication of his book in Russian, the head of the department of economics of the Embassy of Germany in Russia, Wolfgang Dick, and the former managing director of the CIS KNAUF group, Gerd Lenga, were also present. 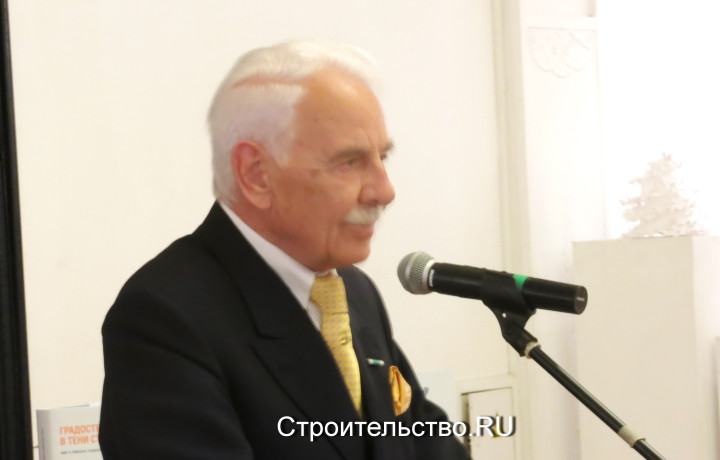 “I drew analogies between the urban policy of three capitals – Rome, Berlin and Moscow - during the period between the two world wars of the last century. In those times, there was much in common between Italy, Germany and the USSR in terms of urban policy in general and in the buildings of the capitals in particular, and in these countries dictatorships dominated. But in the book I give a professional analysis not only of the general plan of Moscow of that period, but also of other large cities of the USSR”, said Harald Bodenschatz.

Our correspondent was given more details about the destiny of this book in Russia by Leonid Los, the head of corporate communications for the central management of the CIS KNAUF group. According to him, a big group of scientists and translators worked on the book for more than three years. This book has been published for members of the professional community and for students of the relevant higher education institutions in an edition of 2000 copies and is not for commercial sale. All expenses on a release of a public edition were assumed by the KNAUF Company.

In the leading construction institution of Kazakhstan, students are trained in Knauf technologies.

The chief architect of the Moscow region