Deputy Chairman of the Expert Council on Housing and Public Utilities organized by the State Duma Committee, Deputy Coordinator of The State Duma Program on low rise housing development, “Svoy dom”(“Your own house”), Member of the Public Council of the Ministry of Housing, Construction and Utilities, and Vice-President of the National Agency for Low-Rise and Cottage Construction, Valery Kazeikin, answers questions from our magazine.


— Mr. Kazeikin, what is your assessment of the Russian low-rise housing market’s current state? Why are ‘low-risers’ considered to be an anti-crisis instrument?
The Russian market for low-rise housing construction is developing dynamically. It was defined as a priority by President V. Putin in his annual message to the Federal Assembly. “Mass low-rise housing construction significantly decreases dwelling costs and makes housing available for low-income groups of the population”, the President said. The data from polls proves it: 59% of those questioned want to live in a house, and only 27% in an apartment. 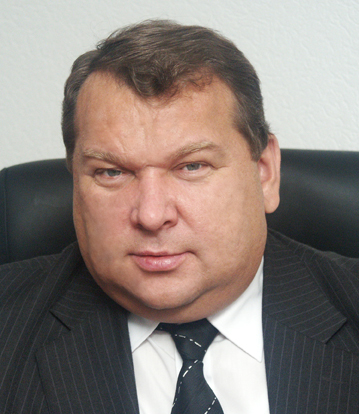 We have worked out the State Duma Program for the low-rise construction development “Svoy dom” and have created the National Agency for Low-Rise and Cottage Construction (NALRCC), the president of which is Elena Nickolaeva, Deputy Chairman of the Duma Committee for housing policy and utilities. 12 new laws stimulating low-rise construction have been adopted, cooperation with other ministries and national associations is being maintained, a number of administrative barriers have been abolished, and the market for developers has been consolidated. As a result, low-rise construction has increased from 38% to 55% as a percentage of the total volume of dwellings put into operation in the previous eight years. The annual increase is more than 2%. Last year’s results are an absolute record in Russia’s history: 1,084 mln flats and houses with a total area of 81.6 mln m2, of which 44.8 mln m2 were “low-risers”.
In 2015 the pace of construction has fallen but low-rise housing construction is one of our anti-crisis tools. It’s much easier to deal with because of short terms – 2-3 months, lower investments – a hundred times less than for a multi-storey block of flats, and they are easier to find. So there is no risk of incomplete construction.
What are the peculiarities of integrated territory development with low-rise housing construction, including social objects construction (nursery schools, schools etc.)?
The NALRCC supports and actively develops projects for complex territory development implemented on privately owned land parcels rented long-term. The infrastructure of such complexes includes all central engineering networks, roads, recreation zones, schools, nursery schools, leisure centers, medical aid posts, drug-stores, post-offices, banks, shops, automobile services, etc. The houses in such places are made of energy efficient natural construction materials and have utilities and engineering equipment. On the whole these typical dwellings, with typical engineering systems, are available for middle-class members of the population who mainly buy them with the help of mortgage loans.
— Speaking of mortgage loans, how widely are they used in the sphere of low-rise housing construction?
In 2014, 1 mln mortgage loans were granted, for a total sum of 1.756 trn rubles. This is 1.3 times more than in 2013. Mortgage loans on low-rise housing construction are proportional to the low-rise housing put into operation. The average rate of mortgage loans is about 12.5%, whereas dwelling costs have increased by 5.9%. It is twice as low as the official inflation rate (11.4%). Consumer loan volumes have decreased by 7.6% as compared to last year, whereas mortgage loan volumes have increased by 30%. In January/February of 2015, 149.6 bln rubles were granted in mortgage loans, 24% less than in the same period in 2014. This year, taking into account the program, we can expect about 550,000 mortgage loans for a total sum of 400 bln rubles. The Ministry of Finance has reported that if mortgage loans increase, the Ministry will increase the volumes of lending.
The NALRCC, together with the HMLA, have developed two new mortgage loan products for Russia: “premises” and “low-rise housing”. A number of social categories are granted discounts on the lending rate.

The use of the mortgage loan system, together with low starting costs of premises, minimal lending rates and an initial payment of 10% to 20% have provided for the record number of lending bargains for low-rise housing – about 50%.
Is the public-private partnership (PPP) efficient in implementing a low-rise housing construction program?
The majority of NALRCC projects are implemented with a PPP. The corresponding regional legislation is used in that, and agreements with local authorities are signed.
The Agreement stipulates that no less than 80% of the project will comprise of economy-class dwellings. Such economy-class dwellings includes individual houses with a total area of less than 150 m2 and apartments in multi-storey blocks, in which the area of a studio is 28-45 m2, a two-bedroom flat 44-60 m2, and a three-bedroom flat 56-80 m2. As a rule, according to such agreements, engineering networks, schools and nursery schools are built by regional authorities, and the private developer subtracts these expenses from the cost of a square meter and presents a buyer with a fixed price, for example, 30 or 35 thousand rubles for a square meter for vulnerable population groups and public sector workers.
How do you increase the quality of low-rise objects? Customers and residents have a lot of complaints.

In NALRCC projects, the quality of the construction work is controlled at several levels. Specialists in technical checks fill in the blanks in which the volume of work carried out and its quality are recorded. The information from this check-lists is stored in the quality control documents for each house. On the completion of each element of a low-rise house, the customer / supervisor signs the documents on carrying out the work and checks it all, using the data collected from the check-lists. Blanks in the Acts of Acceptance (2, 3 and 11) are filled in by the contractor on the basis of cost accounts after everything is signed off. General supervision at the construction site is regularly carried out by the state surveyor's office (networks, roads, infrastructure objects), the Public Health Authority, the fire authority, the ecological monitoring service etc.

The quality of low-rise objects depends to a great extent on the choice of technology, as the main parameters are cost, ecological performance and the energy efficiency of materials and components used in construction, and the potential of the industrial technologies used. These parameters are crucial in forming a buyer’s opinion.
More than a dozen different technologies are used in the realization of a NALRCC project. Two of them - prefab reinforced concrete and formwork - are scarcely used in low-rise construction. As practice has shown, customers are mostly interested in unit construction (blockwork). The “Durisol” blocks are environmentally friendly but they are not in great demand – only a few pilot projects have been implemented using them. The “Teplosten” blocks are used in the construction of townhouses and cottages have been built from permanent polystyrene formwork, but the demand is also low. The hoses constructed of “Kerra” blocks tend to crack on the outside, and the use of “Kerrakam” blocks shows their fragility and relatively high price. However, the use of wood paneling offers high efficiency and a good speed of housing construction. 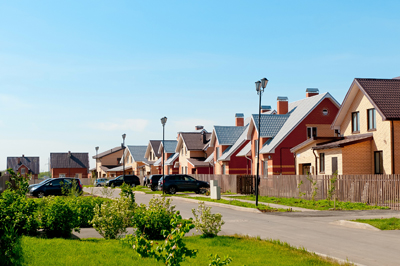 But the townhouses built with “Benpan” technology turned out to be expensive because of a great number of imported compounds. The best variant is the construction with home technologies of light steel thin-walled structures. They may be used while constructing energy efficient social objects.
The most in-demand from a quality point of view is the classic brick and block technology. More than 90% of all houses are built with this technology. Its use is connected with low working cost, high energy efficiency of gas-concrete blocks and, of course, customers’ interest in the “classics” of construction.

— What prospects do you see for low-rise and cottage construction in Russia?
Development of low-rise housing construction and complex development of land using PPP is our priority. New mechanisms for project financing may be worked out. One of the probable tools may be the promised creation of the Agency for Residential Development (Residential Development Institute), which will have a number of subsidiaries: HMLA, which attracts investments through mortgage securities, the Housing Construction Foundation, which is an agent for land parcels trade, the Housing Construction Finance Agency, which attracts investments in communal infrastructure construction, and finally there is a banking institution, which will implement housing policy, infrastructure development, mortgage securities market formation, and the “HMLA insurance company”.
This new structure will be able to enhance low-rise housing construction, economy-class residential construction, the implementation of the “Dwelling for a Russian Family” program, failing housing stock demolition, and other spheres of housing construction.

Sergei Pakhomov: Construction must solve problems, not create new ones