Housing and Utilities: how to turn a “money pit” to a sweet spot for private investors

An investment boom in the sphere of Russian housing and utilities is quite possible, even in the current crisis time. It is only necessary to add on the mechanism of business.


It has been considered for a long time that housing and utilities is one of the most ambiguous sectors from the point of view of investments. Private money avoided it almost entirely. Now the situation has changed for the better, and for the first time ever the investment boom doesn’t look pure fiction. Only one thing is necessary: to add on the mechanism which will attract business in this sphere.

Whose water is better: crayfish cant’ be deceived
A well-known fact: once a year Stokholm's mayor drinks water, purified at local waste reduction facilities, from the lake, the demonstrating the water's cleanliness. As Deputy Minister of Construction, Housing and Utilities Andrei Chibis said, there are places in Russia where water after purification is as good as Swedish. Recently together with Minister Mikhail Menn he visited waste treatment facilities in Balashikha (Moscow region) and drank water there. The water is clear without any scent.
And it is not the only such “source” in the country. For example, Saint-Petersburg's water and wastewater treatment plant is one of the best in Europe. There the quality of water is controlled by… crayfish with special sensors attached. Crustaceans cannot be deceived: they won’t live in contaminated water.
These and other achievements became possible due to the fact that the housing and utilities sphere is not any longer associated with “black hole” or money pit, as more investments are directed in this sector of economy, stated Andrei Chibis. 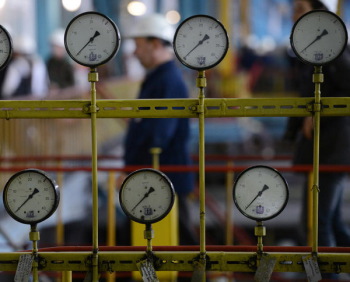 The advantages of long-term tariffs
Positive developments were the result of a year-and-a-half large-scale project, legislative, in particular, link, the Minister of Construction, Housing and Utilities Mikhail Menn is sure. His words are supported by the representative of one of the foreign companies: “Today Russian law on concessions is even more favorable for investing than in Europe.”
Of course, it does not mean, that our legislation background is perfect – there is still much to be refined. However the legal foundation for developing business in the sphere of housing and utilities has been created.
As far as the specific mechanism of the implementation of advanced laws that were adopted is concerned, there are still a lot of questions. Speaking about the already mentioned water and wastewater treatment plants, it is rather easy to find an investor in a big city, but they do not want to work in small towns and settlements. It is necessary to create special conditions for investment attraction there. Attraction instruments may be quite different: partly recompensing rates of interest, state and regional co-financing.
A good stimulus for business is a switch to long-term tariffs. By 2016 all the housing and utilities sphere is to switch to them. As Mikhail Menn said, even now 19% of all contracts in heat supply and 13% contracts in wastewater disposal are concluded on such terms. 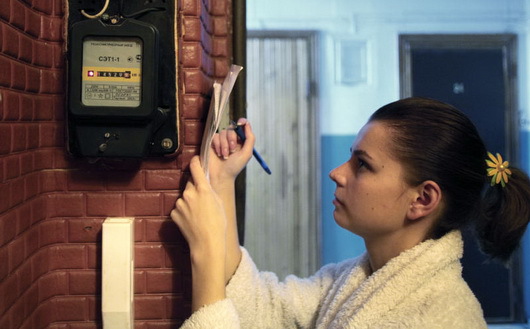 A long-expected document
Now the Ministry is preparing a new draft law designed to solve some questions arising with investors. Thus, according to the document, while making a contract between an investor and municipal authorities, a third party should provide a signature – regional authorities. It is necessary for a number of reasons.
Very often municipal authorities do not have enough capacity to fulfill all their liabilities. Sometimes, a local mayor used to consider local utilities his home territory, and does not fulfill agreements not wishing to share power in the utilities sphere with an external company.
Another draft law provision lets a concession holder register his ownership rights after signing a concession agreement. This issue has appeared because concession leased property isn't duly completed everywhere. Sometimes a city or town council has no expert legal consultants.
Besides this, there will be an opportunity to lease concessions for public utilities even if they have debts. It is quite an adoptable measure, if all concessional agreements procedures are open to public.
All these novelties are absolutely necessary, Mikhail Menn concludes, as in spite of all positive development, private investments in housing and utilities sphere are not enough yet. 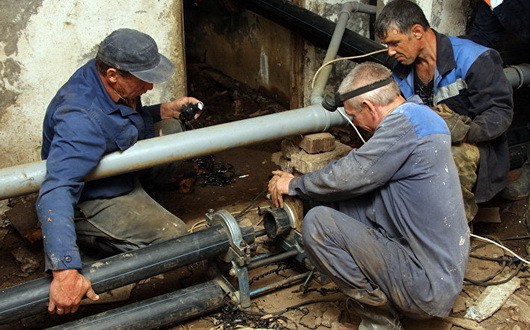 Integration
Though the process has just started, there is a definite experience especially in the regions, where public-private partnership is actively developing. One of them is the Leningrad region. Acting Governor Alexander Drozdenko sees several important elements influencing the success of concessional agreement.
First of all, as he says, local authorities must be a good highly qualified team. Such specialists are lacking, so it is rational to organize their training.
Additionally, it should be clearly understood, that preparation of a concessional agreement cannot be cheap. So, everything ought to be thoroughly calculated, registered, and all legal procedures should be scrupulously observed.
The most important aspect is a financial one. Concessions cannot be implemented only at the expense of tariffs. It is necessary to think over all possibilities for the reimbursement of expenses. And a financial horizon should be increased up to more than three years’ term. It will give a concession holder the opportunity to count all his risks.
The other party – an investor – also has his considerations. President of GC “MORTON” Alexander Ruchiev thinks that it is impossible to make a project in wastewater disposal recoup itself only with the help of tariffs, so it is necessary to attract private investors’ finance. To make a project cost efficient, either payment should be 30% increased or regional co-financing should be striven for.
A tariff increase as it is - is not such an awful thing as it may seem, Ruchiev thinks. The average residential rental payment in Moscow region is about 6,000 rubles a month. If the tariff is increased by 150 rubles, payers will not see great increase. But it will help find money for the reconstruction of communal services. And big money is demanded - network wear in Moscow region achieves 60-65%. In fact, all the pipes should be laid anew.
Calculations show that if we use the current model in a town with a population of 250,000 citizens, the investments will be recompensed in 50-70 years. It is clear that no investors will work under such conditions.
All these measures are urgent, and now the situation for investors in the housing and utilities sphere is quite favorable, according to the developer’s opinion.
Construction volumes are being reduced http://rcmm.ru/content/topics/999.html, and construction companies have capacities to switch over to the utilities sphere. Besides, most of them have practical experience in it, and they do not need much time to acquire a new type of activity. According to a number of experts’ assessments, if they manage to implement the proposed methods, the sphere of housing and utilities is likely to see a real investment boom.
“The strategic task of the RF Ministry of Construction, Housing and Utilities till 2020 – is to transfer 80% of unitary enterprises of housing and utilities infrastructure under private companies’ management,” Andrei Chibis http://tass.ru/declared. By now only 15% of organizations in the utilities sphere are managed by private companies.
On the one hand, communal infrastructure is worn out to a great extent, on the other hand – favorable conditions for investments and business are being developed. And besides, housing and utilities is a sphere constantly generating financial flows.
It remains only to integrate everything into one economic joint venture. The country did not come to the solution of the problem for a long time. Now it has approached it as never before. The main thing is to continue.

What did Chibis say about public-private partnership in housing and communal services?

Mikhail Men talks about what the Ministry of Construction, Architecture and Housing is doing to improve the investment climate.

What Mikhail Menn told the leaders of the real estate market