State corporation Hals» (the owner of brand «Hals-Development») honoured as the prize winner of the best web visual advertising campaign in the annual WOW Awards 2020 ("Banner advertising" nomination). In this year the competition accepted more than 300 works, and around 80 of them were selected to the final round. The award ceremony took place on the 3rd of September 2020 in the historical building of the Moscow Central Telegraph.

«The key concept of our advertising campaign is the continuity of generations. Today is very important to keep best from the past experiences, take care of your heritage and be open to the new at the same moment. The winning in WOW Awards 2020 competition is the output of effective teamwork. We are grateful to the jury for highly appreciated our achievements and our colleagues for beliefs in the ideas», – commenting by Julia Mudritskaya, the head of the marketing department.

«Despite a difficult situation this year we got thousands of creative projects — its enormous work of true professionals. Each year, we are happy to meet in the ranks of participants such major players in the real estate market as «Hals». We congratulate the team with the win and thank for the inspiring example of work and collaboration», – told Yulia Solodovnikova, the head of the WOW Awards. 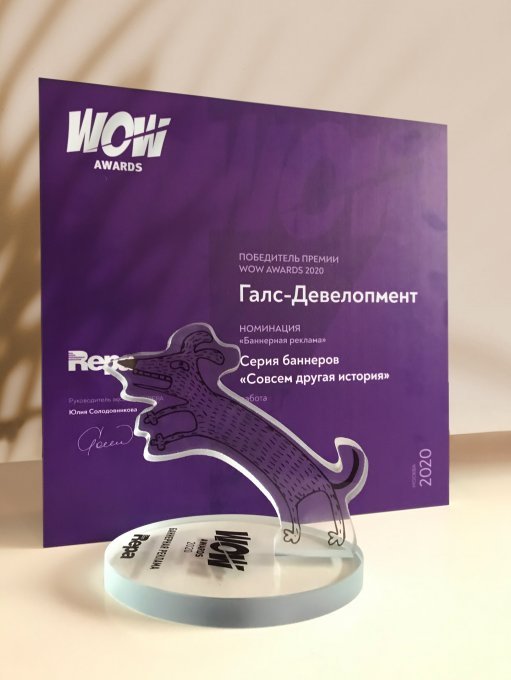 From the middle of 2019 the state corporation «Hals» chose the direction on the rejuvenation of the brand, but with the preservation of such values as continuity, intelligence and respect for the history of the city. In April 2020 the corporation ran the new advertisement campaign «It is a different story», dedicated to the premium class projects «Iskra-Park» and «Match Point», and also de-lux construction site called «The Theatrical House» and «Gardens of Beijing». The current advertising campaign is intended to continue the idea of the previous direction – "Your story begins". The houses of the real Moscow appeared in a more refined, eccentric and futuristic lights. Depending on each construction sites the visuals and slogans were adapted with the essence of a story of luxury, a story of success, a story of freedom, a story of the future. In such way the communication strategy for each building projects is connected with the central ad's message. 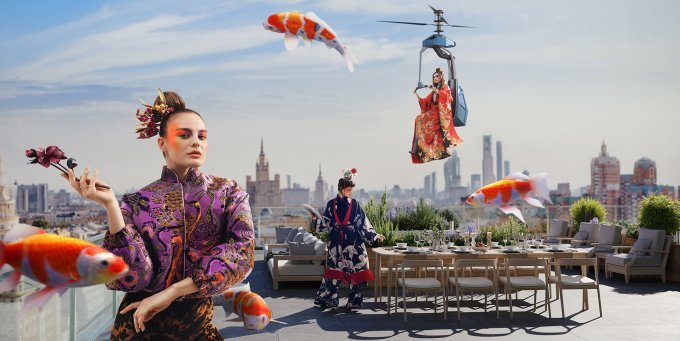 The product appeared on the important news platforms, key industry-specific resources, outdoor advertising media, and radio. Taking into account changes in media consumption, the digital channels turned into the most significant one for the whole ads campaign. This time SC «Hals» decided to refuse video filming and use dynamic banners with moving images as the priority format. The overall advertising performance of the advertising campaign for 3 months (April-June 2020): unique reach – 4.1 million unique users, web views – 189 thousand unique users.

WOW Awards determines the best advertising projects of real estate companies — the most spectacular and effective creatives in the industry. In 2020, the competition was held for the ninth time. The WOW Awards are organized by the Real Estate Professionals' Association (REPA). In 2019, the «Hals» ad video  «Intelligence can be extreme» won a special audience award. The company's main website was recognized as one of the best web works in 2018-2019 and received a finalist diploma. In 2018, «Hals» was recognized as the winner of the award in the category "Banner advertising" with the advertising creative «Get comfortable».

Who became the “Best plasterer” in Russia this year

The first deputy minister of construction for the Moscow area has been nominated "manager of the year".