On October 7th, a capsule laying ceremony to initiate the construction of a new gypsum plant took place in the Gatovo settlement in the Minsk region.


As our special correspondent, Alexei Nevsky, reports play-by-play, the VOLMA company was granted the right by the president of the Republic of Belarus’ decree ? 34, dated 16.01.14, to purchase the state's holding (99%) of JSC “BELGYPS” for 43 m euro.
The RB Deputy Prime-Minister Anatoly Kalinin, the First Deputy Minister of Architecture and Construction of the RB Alexander Kruchanov, President of the investing company Alexander Malashkin, the VOLMA company Chair of the Board Yury Goncharov, the company’s dealers, and RB construction industry veterans took part in the ceremony. 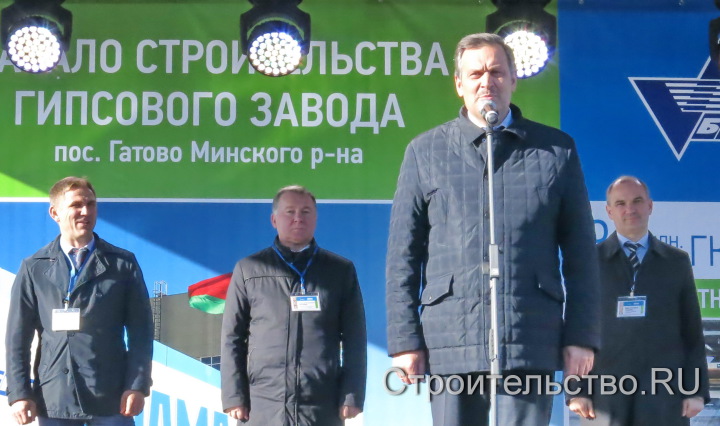 Opening the solemn ceremony, Alexander Kalinin greeted the investors and stressed that the Republic of Belarus is always open for serous investment and that this occasion is a good example of that fact.
The First Deputy Minister of Architecture and Construction of the RB, Alexander Kruchanov, remarked that the investor had offered to open a new plant outside Minsk. This was done according to the program of getting large-scale production outside the capital. It is very important, as the old plant is now in the center of the city.
Yury Goncharov proudly told journalists that the long preliminary work on the investment agreement with the republican government has finished successfully, and this has boosted the company’s sense of responsibility in carrying out the project. The company president, Alexander Malashkin, noted the uneasy period of making the investment deal, but even under these conditions the most advanced of production lines will operate at the plant.
As part of the event, journalists and guests were shown production samples to be manufactured at the plant. Technical specialists demonstrated practical use of the company’s products. The top management of the company also had a meeting with regional dealers.
The opening ceremony ended with a concert by Belorussian singers. 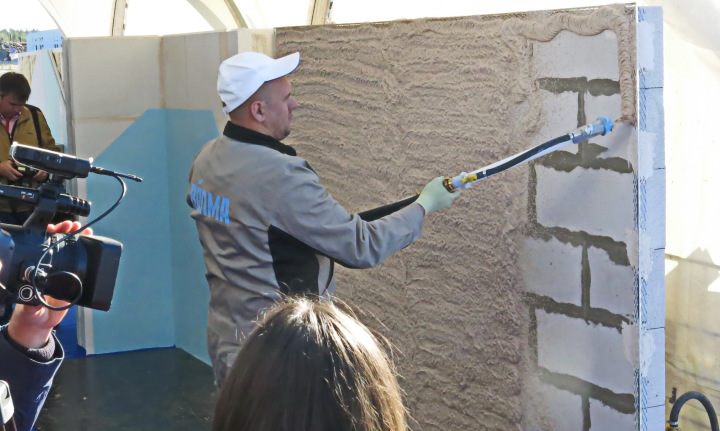 According to the project, the new plant in the Minsk suburbs will be launched in 2018 and will produce up to 30m m2 of gypsum plasterboard a year, up to 500,000 m2 of gypsum partition blocks and up to 100,000 tons of dry building mixes. Investors plan to sell most of the product in other countries, in particular Ukraine, Poland and the Baltics.
JSC “BELGYPS” has invested 2m euro in re-equipping the old plant, and it will operate until the plant in Gatovo opens. The new plant will create 180 new jobs.

A modern clinker, paving stone and brick production plant has been put in operation in Novocheboksarsk

New plants for waste processing will be created near Minsk

The construction of the “Spring Valley” district has begun in Volgograd