Despite the barbaric destruction of Moscow’s historical heritage in the 20th century, there are a lot of architectural monuments here. But in a time of crisis, there are concerns about their destiny. Are we threatened by a new cycle of destruction, only in new conditions and for new reasons?


Why companies’ offices relocate from the center
Anecdotally, there are about 250 detached buildings that are for sale. In total, in White-stone, there are about 600 commercially used mansions. By the owners’ assessment, their aggregate cost has reached 1.35 bln dollars. And though, of course, these are the offered prices not the purchase prices, they may give some point of reference regarding their volume. If we speak about the floor space of such buildings, the minimum on offer here is 200-300 m2, the maximum up to several thousand m2.
Another peculiarity of this market is that it keeps to the dollar, while premium dwelling construction is priced in rubles.
As a company asset it’s a good investment, but no one will dare to forecast that something that cost 30 mln dollars this year will cost 35 mln in three years. It’s difficult to judge due to each object’s uniqueness. In the long-term, real estate grows in value but it’s impossible to foresee the situation for each individual mansion.
Foreign experience, especially that of Great Britain, Germany and the Netherlands, shows that the market starts to form not with offers of sale but when there are more or less clear rules for "the game" from the municipal authorities’ point of view. Why is the example of London as the city with the most advanced renovation projects so valuable? Because any investor or developer who buys objects or projects there understands that the municipality’s attitude towards any possible building conversion, despite the city’s historic heritage, is very positive. All possible gradations are spelt out very distinctly.
Today, big cities have come to understand that there should be fewer offices in the center. Thus, the center of Paris is under UNESCO patronage - construction is forbidden there and they have to do renovations. And if formerly it was prestigious for corporations to be located in the center, now the majority of them understand that, from the point of view of the vicinity to different transport hubs, it’s not so convenient. So the demand for homes in historic places will only grow, and Moscow should keep this in mind.
Antiques plus convenience 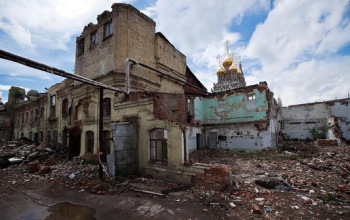 Today’s usage of historic monuments makes it necessary to create a comfortable environment inside them: with climate control, a friendly environment for disabled people etc.
— When we create an apartment it must have a modern engineering system, Boris Azarenko, Director General of the company, says. – But if we speak about monument protection, historic elements are restored and reconstructed. For example, an individual project for a fully automated underground car park is designed in a building. None of the main walls or columns is demolished or moved. Facades keep their historic identity.
But the subject of “going underground” has not been worked out properly. One is allowed to exploit cellars, but within historic landmarks. It is not right, thinks Andrei Ivliev, a restorer and the chairman of the board of management of one of the companies. Firstly, because if land exploitation begins under an archeologist’s supervision, as a rule, a lot of interesting things will be found out. Secondly, it allows us to discover secrets buried 8-12m deep. Besides, it is possible to install engineering systems there (air conditioning and individual heating systems) and to organize underground parking which is currently lacking. 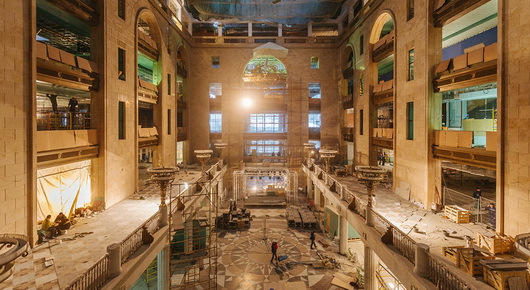 Fast returns should be forgotten
Boris Azarenko is sure that historic realty is a good choice for an investor or developer in crisis and post-crisis conditions. It attracts great interest, but if an investor is not highly qualified then it becomes a burden, because the majority of such buildings need significant investment. If the façade is in a bad state you will have to repair it.
According to Alexander Poduskov, the development and loft-projects design director of one of the companies, such restorations are really hard work, and so there are great expenditures. One should remember that such an object will not give fast returns in the near future.
Another aspect is conservation obligations - their fulfillment demands heavy investment. One cannot simply buy and thus own a cultural heritage object. An owner acquires a set of obligations: the way they are allowed or forbidden to use the building, the state it must be kept in, etc.
What cannot be evaluated in money
Restoration is expensive. There are a lot of unexpected costs. You never know what may be found under old plaster. Many houses in Moscow were rebuilt, and the 17th century may appear under a 19th century layer of plaster. But of course there is a kind of financial standard: design work is $200 for 1m2, including investigation and design approval, while production work is $3.5–5.5 thousand for 1m2. It’s rather expensive. 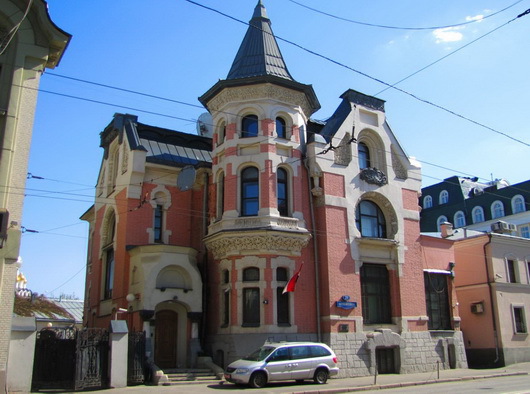 There is one more important element, which is difficult to evaluate. When people deal with such objects, their psychology changes. In the process of restoration they enter into the spirit of old masters, architects, the building itself, and they want to restore both the architecture and its spirit, its aura.
Saw. Got interested. Came.
The restoration of old buildings is very attractive from the point of view of tourism development and its commercial potential. Many people know the history of the buildings and want to go inside, but in Russia, and in Moscow in particular, there are few public places open to visitors. The majority of mansions are “closed”: they are in federal ownership (belonging to the Ministry of Foreign Affairs, the Administration for Service to the Diplomatic Corps, used as foreign embassies, etc.) or many of them are private property.
But still, the tourist potential should be developed and supported. When viewers come and see that the historic interiors are being preserved, that the buildings are being taken care of, that the spirit of a former epoch is being kept alive, they become greatly impressed. There are examples of this in London, Paris and many other capitals. Owners sometimes open their mansions after announcing visiting days. 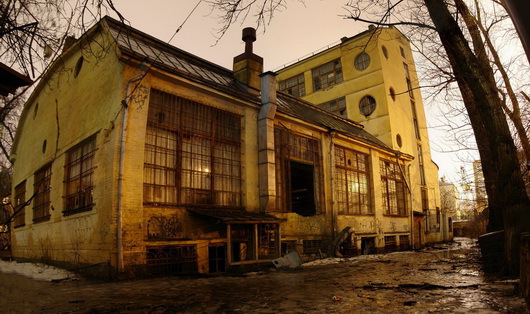 Every stick has two ends
The crisis has not yet influenced the general situation in the area of historic building restoration. According to Andrei Ivliev, the volume of work hasn’t decreased. And it is important to use the object properly: if it is a palace, it may be turned into an exhibition hall or theatre, but not a night club. Some owners will be ready to sell these objects because there is one more important thing: the new property’s cadastral values. The mansions’ peculiarity is their large spaces: they are low but spacious. The majority of these objects are non-residential premises, which means their prices are higher. It means that taxes will rise. So the number of offers on the market will rise as well.
— On the introduction of new taxes, the number of half-empty mansions will increase, Denis Romodin, an architectural historian, says. – The crisis burdening the owners is in fact “a two-ended stick”. On the one hand, it’s a real life-saver for some buildings, because not all projects had their protection provided for, and now it has been provided. On the other hand, there are a lot of mansions that are not being serviced, so they are continuing to be destroyed. Some buildings, since 2008, have been sealed with sheets of cloth and are not being guarded at all, and we are losing them. So this should be kept in mind and urgent measures should be taken.

Galina Myer: the leasing market will decline by 20%

“VOLMA” expands to the South of Russia