Our magazine has already written about energy efficiency and saving. This was spoken about at the recent International Congress, “Energy Efficiency in the 21st Century - Engineering Techniques for Energy Consumption Reduction“, which took place within the framework of the business program of the 11th international specialized exhibition, “The World of Climate - 2015”.


Without aim or direction
Following the general opinion of industry experts, the main factor preventing the implementation of energy saving technologies has been a lack of observance of Federal Law ? 261, “On energy saving and energy efficiency increase”, dated 23.11.2011 and the State Program, “Energy saving and energy efficiency increase for the period until 2020”.
“The current situation is in fact down to the failure of the state program”, - said DScTech Grygory Vasiliev, Deputy Director of SUE “NIIMosstroy”, quite categorically. “Systematic non-fulfillment of the RF Government appointment (?1830, dated 1.12.2009) on issuing normative and regulatory documents by Federal Ministries and institutions has resulted in a practical absence in the legislative sphere.
According to the experts, our country is still without definite and established requirements for energy efficiency in buildings, and their absence is the fault of the RF Ministry of Construction. 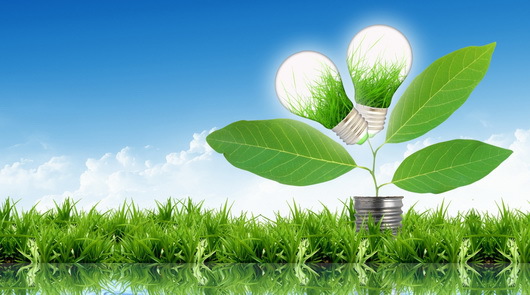 It’s far from Europe
The practical lack of regulation documents results in defective houses being put into operation. According to the Government Resolution ?18, dated 25.01.2011, the gradual decrease of energy consumption in buildings started at a basic level in 2009. In 2011-2015 it must be decreased by 15%, and in 2016-2020, no less than 30%, and from 2021 the decrease must not be less than 40%.
Today the actual energy intensity in multi-storey blocks of flats in Moscow exceeds the standards by 60-70%.
The average consumption of heat energy for hot water and central heating in Russia is 74 kg of fuel per 1 m2 per year. To compare: in Europe the average consumption is two or three times less. For example, in Scandinavian countries with a similar climate, 18 kg of fuel equivalent - or even less - is spent on heating and hot water.
In Russia, energy efficiency is not encouraged financially. Worldwide, developers using energy efficient technologies and materials get preferential treatment: guaranteed construction contracts, preferential interest rates on obtaining credit and many other financial stimuli.
And with us – almost nothing… 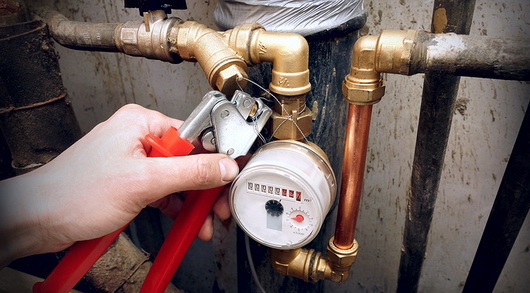 When the constructor saves, the rest spend…
Due to the imperfection of law (particularly the absence of control mechanisms and bringing to book those responsible for ignoring energy efficiency standards), many Russian developers erect houses while cutting corners on almost everything – materials, technologies, design engineering. It is not only management companies who know what astronomical sums of money are spent on the exploitation of such buildings.
“Construction is not simply erecting a building cheaply and with vague characteristics. The integrated task is to define the necessary correlation of design decisions adopted and to obtain optimal value”, Roman Neustupkin, Deputy Head of the Department of the RF Ministry of Energy, thinks. “All over the world, the Utility Cost fund is the main thing because all the rest of the expenditure is nothing in comparison. The design cost accounts for about 6% of all work connected with building construction. If design is being saved on, where should the right decisions be taken and what house will be built?”
“The essence of economic efficiency lies in the fact that the right energy saving allocates money to itself, and the task is to learn to save energy in the right way”, Dmitry Ivagin, Deputy Chairman of NPO “Volga Region Energy Auditors Craft Union”, asserts. “In an ideal case we should invest less and get more.” 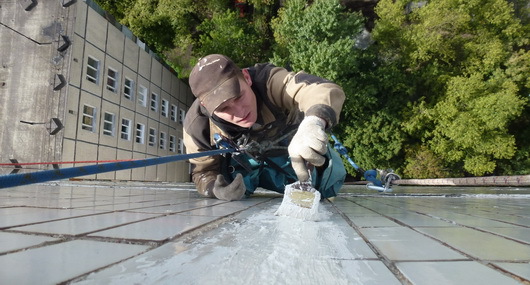 A list of broken dreams
All of the practical steps necessary for the realization of this important area of focus have already been defined. Thus, a five-year-old order from The Ministry of Economic Development and Trade (?61, dated 17.02.2010) adopted a whole list of practical measures in the field of energy saving. These are only some of them:
— instruments in buildings with communal meters for each utility (gas, water and heating);
— implementation of automatic regulatory systems for heat energy consumption;
— interior heating system flushing;
— balancing of distributing heating systems and uprises (stacks);
— winterising of entrance doors, and door closers;
— winterising of counter floors in wooden houses;
— IR shooting of houses’ facades and elements of construction;
— caulking and winterising of interpanel joints;
— winterising of cellars and attics;
— resetting of DHW (domestic hot water) circulation systems;
— renewal of stairwells’ heat supply;
— replacing of old windows with modern ones with increased thermal resistance;
— installation of energy efficient heaters in multi-storey blocks of flats;
— winterising of enclosed structures and public spaces in multi-storey blocks of flats;
— replacing of light bulbs with energy-efficient ones;
— installation of movement sensors in public spaces;
— renewal of electric networks.
As we can see, the plans are magnificent. Everything is outlined, everything is clear, but… The program is stuck, and today it has practically stopped. Why?

A bad tendency
According to a number of experts, whose opinions they shared with us privately, the ideas and the first practical steps of the energy saving program started when a lack of energy sources in the country became apparent. Oil, gas, coal and electric energy were being exported in vast quantities and were lacking inside the country. It’s not so important now who lobbied for the start of the energy saving program; it is important that the situation changes.
Former importers (the Baltic states, some Southern Europe states) have reduced their orders or even stopped buying Russian energy supplies, primarily on political grounds. We often see on TV that a country in Eastern Europe, instead of importing Russian gas, has installed terminals for regasification of Norwegian condensed gas and then proudly announced that energy dependence on the “Russian bear” has stopped.
The result is the oversupply of primary energy sources in Russia. In these circumstances, the Government cannot announce the cancellation of the energy saving and energy efficiency program, but at the same time it does not want to spend money on it right now, in the middle of a crisis. And so, it is not officially stopped but it hangs about and its real start date is put off until better (or, it might be correct to say, worse) times.
Well, we are no strangers to a wasteful life, to not saving energy. Only it’s a great pity that all the world has taken such a different path for so long already…

Which of the capital property management companies will gamble by operating without licenses?

Housing and Utilities: how to turn a “money pit” to a sweet spot for private investors