Moscow, the Central House of Artists. Our special correspondent, Alexei Nevsky, on the opening of the 23d Moscow International “Zodchestvo 2015” festival.


The main topic of the forum is “New Industries” and the slogan of the festival is “Architecture as a tool of urban development”. According to Andrei Bokov, president of the Architects Union of Russia, the festival is to show what means are to be used to revitalize uncared-for urban areas.
Within the festival’s round tables, and with the participation of famous architects, special project presentations and press conferences are to be organized.
At one of them, the DuPont company demonstrated a new gas-permeable membrane – a new option for secure and durable facades. Professor Natalia Konstantinova, Doctor of Engineering and Chief Researcher for the All-Russian Research Institute for Fire Protection, told construction media journalists about its properties. 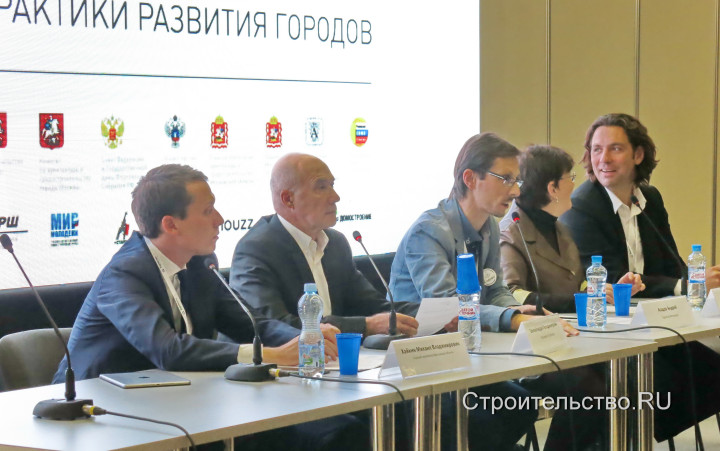 The company’s representative, Carl Festre, Business Manager in Europe, the Middle East and Africa, remarked that the membrane is produced in Luxembourg, its cost is 30-35% higher than that of a more common one, and its production in Russia is not planned. Ilia Alexandrovich, product manager of the Sales Directorate of the GC “Metal Profile” and Artem Klimentiev, CEO of “Aquapanel” of the KNAUF company, spoke on the use of such membranes in construction decisions in Russia.
Mr. Fetsre did not answer the journalists’ question as to why the DuPont company made claims about a new non-flammable membrane four years ago and the fact that now they are again claiming that the new membrane is more non-flammable than the previous one. Neither did he say anything about the composition of the new membrane. He only remarked that its basis is polymeric film with the addition of coal ash, which slows down the process of burning and stops it spreading.
Editorial note:

We talked to the Director General of one of Moscow’s construction companies that had used the membrane from this company some years ago. He said that all membranes from the company have always been presented as non-flammable. The same was true 5 years ago, when they first used it. He supposed that the membrane presented at “Zodchestvo-2015” is either an updated one or something completely new. “Time will tell”, he said.

In the leading construction institution of Kazakhstan, students are trained in Knauf technologies.

The chief architect of the Moscow region

Mikhail Menn will take part in the international forum, ‘Smart cities of the future’