The crisis has affected the road construction industry as much as anyone. What should road constructors do in such complex economic conditions? What schemes will help to provide companies with orders and people – with work? These issues were considered at the plenary meeting of the annual “World of Bridges” (“Mir Mostov”) forum in Saint-Petersburg.


Inner and outer sources
— The crisis was not invented by us, the Deputy Minister of Transportation of the RF, Nickolai Asaul, reminded those present. — However, we won’t be able to go on working as we used to: we are to make changes. If earlier, many companies exercised the principle of ‘The main thing is to start a project, and then we shall see’, now such light-mindedness is unacceptable, and every project must be thoroughly calculated.
According to him, in spite of budget expense reductions, all state plans are essential. And in this regard, serious help will be provided by attracting private capital to the industry within Private-Public Partnerships. Speaking about foreign sources, he said that Chinese investors are now willingly financing our transportation infrastructure, both transit and near-border.
— There are transportation infrastructure projects which Chinese investors are interested in, in Saint-Petersburg, Nickolai Asaul remarked. — They represent a kind of mix of transportation infrastructure development and commercial function with the attraction of private investors and federal and municipal budget financing. I’m sure that such PPP projects will be implemented.
Speaking about internal sources of financing, we should first mention the toll for heavy good vehicles (of more than 12 tons), which will start to be implemented in November. First it will be rather small, but as soon as the system achieves its parameters, it will become a significant source of road infrastructure financing renewal, the Deputy Minister stressed. And this source of income is set to stand against the road construction industry’s decline.
It should be mentioned that the economic community is not of one voice in this respect - large freight owners, including construction material producers, are totally against it. 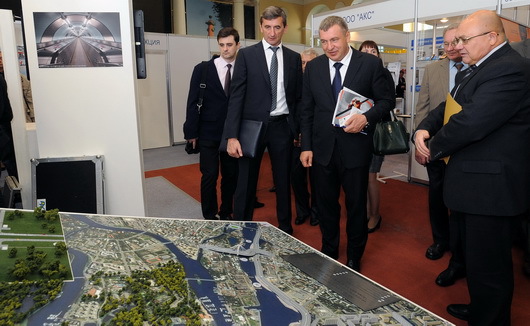 Where will the money from paid parking go?
According to the data from Sergei Kharlashkin, Chair of the Saint Petersburg Committee on Transportation Infrastructure Development, cities with developed transportation infrastructure need at least 15% of the city budget to service it. Ideally, this should be up to 25% of all city financing. The problem of attracting investment in road construction is very acute in the Northern capital. The most realizable mechanisms of private investment attraction in this sphere are the development of paid parking spaces and the construction of transfer hubs.
Within PPP, the construction of transfer hubs (TH) should be near trade and amusement centers (TAC), business centers and other objects attractive to investors. A good example of this is a fly-over near the ‘Mega Ikea Dybenko’ TAC. The directorate of the complex, having invested a lot in TH construction, achieved payback very quickly, and the TAC availability increase made the number of customer grow, which resulted in an increase in sales volumes.
Now there are 2895 paid parking spaces, but it is too early to speak of meeting the budget. Firstly, the equipment in the parking lots is being broken in, and secondly, the number of parking spaces is not sufficient for the city. Drivers can easily find a place to park in the center for free. However, in the course of parking space development, there will be fewer such places.
— In 2016, 9,000 paid parking places will be put into operation, Sergei Kharlashkin said. — After this, it will be 30,000 and then 60,000. We plan to fulfil these plans by attracting private investor finances within PPP.
The city official stressed that the main aim of the organization of paid parking spaces is not to take money but to reduce traffic jams and improve the environment, the city’s quality of life, and public transportation development. He remarked that all money received from paid parking will be directed towards urban land improvement. 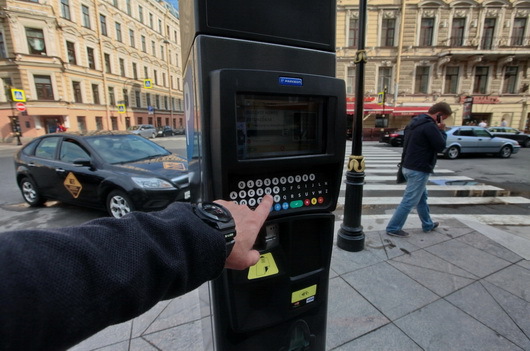 Who will defend an investor’s rights?
— If a private investor sees at least slight improprieties in the financial model of a project, he will not invest in it, Igor Urmanov, board member of GC Avtodor, warned those willing to take part in PPP.
The company has organized a special chair in MADI to train financiers and economists in the sphere of PPP projects in the road construction industry. Their main task is a thorough study of the financial models of the implementation of projects of all levels so that potential investors might clearly understand what they will receive from future partnership with government bodies.
It is also necessary to understand what a private partner is to do and what a state representative must deal with. The paperwork connected with land registration is traditionally difficult for businessmen. In preparing land for future construction, businessmen come across a vast bureaucratic machine. The majority of them lose any desire to take part in the investment process for a long time, and others find it difficult to work. So while implementing PPP-projects, this is to be solved by officials who are accustomed to solving such problems, Igor Urmanov remarked.
— The main thing to attract investors is detailed legislation defending the rights of investors on PPP objects and providing for future income generated by these objects, concluded Nickolai Asaul.
According to him, we have already passed the stage where investors ask for special status or benefits. Formerly this was important, but now it is quite sufficient to fine-tune the mechanisms of investors’ rights protection. Then they will willingly take part in PPP projects in road and transport construction, for example, the construction of the new terminal in Pulkovo Airport or WSHD construction.

PPP in road construction: how to save private investors’ money in case of a project suspension

Domestic elevators from domestic components in Russia within three years