Can the crisis in the construction sphere be stopped? This now-traditional question was discussed at a round table session.


Within the framework of the 10th national ‘Industry modernization in Russia - Priorities of development’ congress, a round table discussion, ‘The Construction Complex and Utilities’, took place in Moscow. It was devoted to the tricky situation in the construction industry and to the choice of solutions and measures for overcoming the crisis.

The market swings up and down

2014 was the most successful year for constructors in the whole post-Soviet period: 83.6m m2 of housing was put in operation. In the Moscow region alone, 9m m2 of housing was built. This is the only region in Russia where the President’s instructions to build 1 m2 for 1 citizen was fulfilled. However, there are people who do not believe this report, for example the President of the Russian constructors’ Association, Nickolai Koshman, who thinks that these data are not true. But anyway, last year was one of the most successful in the industry’s history.

This year it is quite different. The economic crisis is growing. The evidence for this is in the figures: in the first half year, industrial production decreased by 2.7%, export decreased by 24%, and import decreased by 38%. Construction appears to be losing its tempo - in the words of one of the speakers, “Construction has been cut out”. And it is true: many construction companies have stopped the finance for their projects. 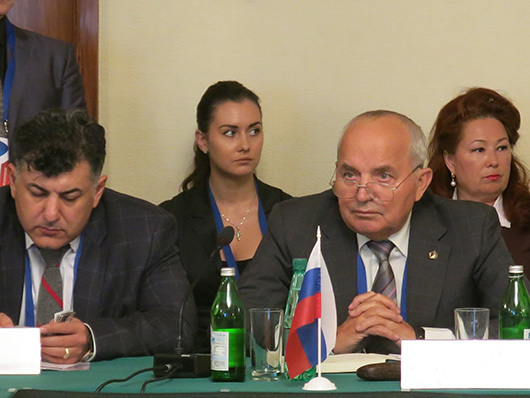 Customers are not buying

The main reason why the cranes have stopped is the decrease in demand for housing. The decrease in income reduces the possibility of buying a house.

Some very vivid evidence is the situation with mortgage loans, which have become an important factor in the recent growth in housing demand. The majority of Russian citizens cannot buy a flat or a house without mortgage loans. If there is no mortgage loan, there won’t be any construction.

Calculations were made: a husband and a wife get a salary of 55,000 rubles a month, so their total monthly income is 110,000 rubles. It is not a small amount, even in the capital. If they save 30% of this sum to buy a flat, it will take them 25 years to buy one in Moscow, and 14 years in the Moscow region. This results in a realty price stagnation, and in a number of regions the price for realty is decreasing, remarks Pavel Goriachkin, President of the Union of Cost Engineers. 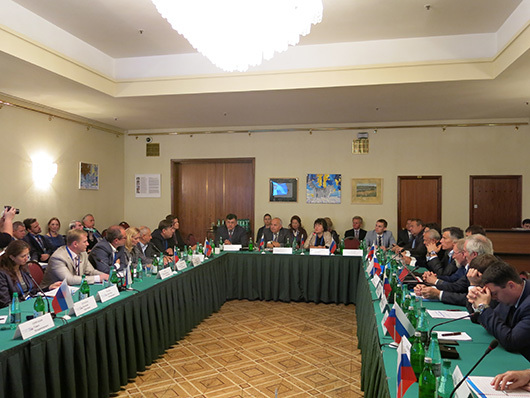 Thus, the institute of the mortgage loan is a very important one. But in 2015 a serious decrease in mortgage loan credit lending has been registered: 45% less by financial volume than in 2014. That is why flats and houses are not being sold.

It strains the financial capabilities of constructors, and the sad prospect of the loss of a great number of construction companies is looming. Some of them will have to leave the market. As Alexander Shpeg, head of the department of industrial design of the inter-regional public organization for the support of domestic production, ‘National Industry’, remarks, in this regard, many companies are now finishing their old projects, but they do not have any new ones.

So, urgent measures to stimulate demand are needed. And there several ways to solve the problem.

The state is not to withdraw money from the economy, including the construction sphere, but to pump it in as credits with adaptable rates. Instead, the state is going to ban co-funded construction, and suggests getting money for it from the banks. But the latter do not have enough money, to say nothing of the credit organizations not being willing to deal with the construction and realty business.

Constructors themselves must take active measures to manage the situation. Construction industry labor productivity is still very low, which results in an increase of expenditure. One of the reasons for that is the low salary of workers, since they are mostly migrants from Central Asia, because their qualifications are minimal.

It prevents us from solving another issue that might influence demand growth — the quality of the housing being erected. Realty has been growing more expensive but the quality parameters haven’t developed recently. There is solid potential here but it is being delayed.

A number of contractors, understanding the factors that may influence their sales levels, are improving the quality of their construction. But this barely influences demand volume, as other factors are at play. 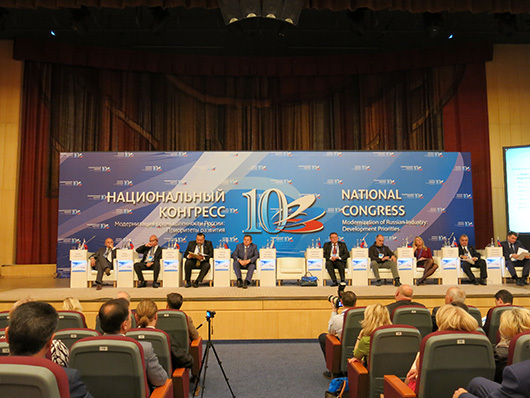 All this results in the aggravation of the condition. Investment in construction gives less payback, which leads to further reduction of investments.

Non-standard approaches are needed in this situation for real estate be sold. The Director General of the National Agency for Social and Commercial Housing Funds Development, Mikhail Grin, thinks that we are losing out to many countries in terms of real estate sales.

A lot of countries get much income from selling real estate to foreigners. In Spain, Bulgaria, the UAE and in a number of other states, it is a large-scale and well-regulated business of national importance.

To popularize it, large international exhibitions and fora are held. The most well known in Europe are MIPIM in Cannes and EXPO REAL in Munich. It is these fora that should be used first of all to attract attention to our wares. When this happens, then we will see results. For example, the famous trade center ‘Atrium’, near Kurskaya railway station, was bought by foreign investors in this way.

But unfortunately such successes are very rare. It is not surprising. According to Mikhail Grin, at the latest EXPO REAL, Russia had only three pavilions: from Moscow, the Moscow region and the Ministry of Construction, Housing and Utilities. If in 2014 the Russian delegation at the forum consisted of 300 people, in 2015 it consisted of only 87.

In Russia the situation is no better: we simply do not have such large-scale exhibitions. But there is a need for them.

In these conditions it is very important to preserve existing positive tendencies. According to Valery Kazeikin, Vice-President of the National Agency for Low-rise and Cottage Construction (NAMIKS), 53% of the housing put into operation in Russia is low-rise objects. This type of construction has been growing lately; however, according to experts’ assessments, in 2016 – 2018 a fall will be noted. Still, a number of companies are increasing construction volumes, by even 10—15%.

At what expense do they achieve results? They implement innovative methods, use new sales schemes, and apply cheaper but equal quality domestic construction materials. But what is the result? Instead of helping them, the state aggravates the situation. If co-financed construction is cancelled, Valery Kazeikin warns, sales will fall by 70%!

And another landmine for the market — on October 1st, compulsory civil liability insurance for developers was introduced. The Central Bank named 16 insurance companies to deal with this kind of insurance. None of them is in the top ten. After some attempts to clear everything up, it turned out that only three insurance companies agreed to do this - the others do not want to deal with it. It is time to abide by the law – but there is nobody to do it.

A rhetorical question arises: what should be done? Alas, the round table meeting didn’t answer that question. Neither did it answer the others.

Gerhard Pfeifer: Sanctions affect us but not directly