Starting next year, real estate taxes will be calculated on the basis of cadastral appraisals. Now the issue is being discussed, and we will soon see if this appraisal becomes a final judgement.


Another revolution is taking place in Russia – this time, a cadastral one. This is not an exaggeration, as the changes will affect every Russian citizen to some extent or another.

All citizens of the country have real estate, some more than others. But if we previously paid tax calculated on the basis of the assessed (inventory) value, now taxes will be calculated based on cadastral appraisals. And these are not only different sums, but to a great extent different social and economic relationships.

Participants in ‘The means of legislative regulation improvement in the sphere of cadastral appraisal’ round table, which took place not so long ago in the RF Public Chamber, tried to answer the most acute questions arising in connection with property taxation’s new order. 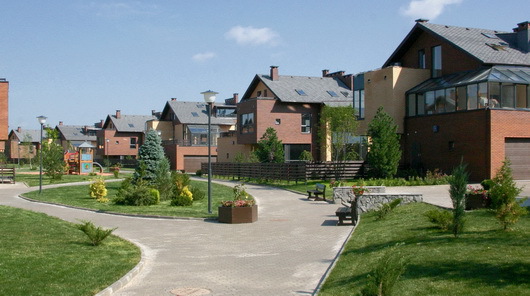 The government needs money badly, because of the crisis. And after the main source – oil dollars – shrunk, they hurriedly started looking for other sources of money.

Last year, Federal Law ?24 was adopted, which fundamentally altered the property taxation order. Now the tax sum will be calculated from the cadastral cost, which is to be close to the market value.

The Vice-President of the International Academy of Mortgage Loans and Real Estate, Irina Rodchenko, points out that during the first period, the fiscal load on the majority of citizens will not increase significantly due to different reduction factors. But the owners of office estates and cottage residents will have to pay more taxes in 2016.

Cadastral appraisal of real estate as it is, is going in the right direction of development, Irina Rodchenko thinks. But the time for the introduction is not very good: Russian citizens were burdened with new payments as of July 1st, 2015 – capital repair payments and paid parking (which was introduced in Moscow at that time), besides which, 10m Russians have debts. And a new tax is being introduced, one which may become unaffordable with time.

There are also other unfavorable factors. 86% of Russians have their own housing, but the majority received it for free during the privatization process – they did not buy it at their own expense. That’s why they have not acquired real ownership skills and do not want to have this burden.

And it is a real problem – both for millions of citizens and for society on the whole. Such a situation may reduce the appeal of the real estate market and negatively impact on the country’s economy. 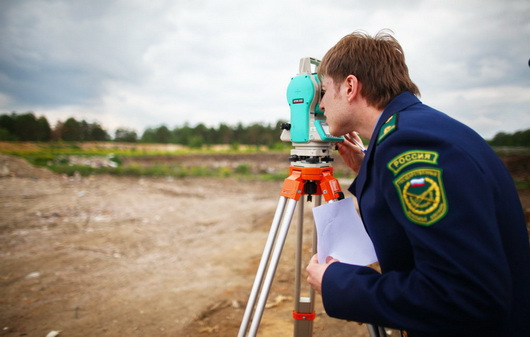 Officials do not want to bother

While calculating the property tax from cadastral cost, the issue of just assessment arises. The way this sum is determined directly influences the tax cost.

The president of the Expert Council appraisal SRO, Alexei Kaminsky, notes all-round discontent with current cadastral appraising. The reasons for this are not only an overall reluctance to pay higher taxes, but dissatisfaction with the low quality of real estate assessment.

There are still a lot of problems: low-quality information about real estate, the poor skills of appraisers themselves, and frequent administrative pressure. The existing system is absolutely flawed and needs fundamental updating, Alexei Kaminsky is sure.

The question is whether there is a need to destroy everything and then start anew, or is it possible to reset the system but work with the existing base? There is a serious struggle over this issue.

Toa great extent, it has been caused by the failure of the institute of cadastral appraisal assessment. The necessary mechanisms seem to exist: there are dispute review boards, and results may be argued in a general legal court. But the practical reality is much more complicated.

The Federal Law draft bill, ‘On state cadastral appraisal’, charges special organizations with carrying out cadastral analysis of the cost. In other words, this process is left under the supervision of officials. The participants of the round table reminded us of what it may result in, meaning collusion between appraisers and customers registered in Tatarstan.

Another negative example comes from the Vladimir region. One of the local officials announced: “If cadastral appraisal of small business objects is lower than the authorities think, subventions to enterprises will be cancelled”. So the tendency is evident: there are efforts to maintain hands-on management in the sphere. 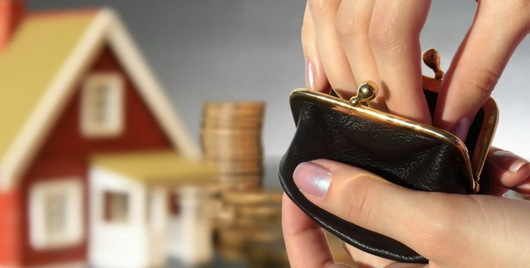 Where should a person go?

The issue of the appraisal’s unreliability concerns both legal entities and individuals. And it is easy to imagine snowballing legal claims. In reference to this, it is important to know what may be considered grounds for a court hearing.

First of all: unreliable information about the estate. Secondly, a big difference between the cadastral appraisal and the market price of a building or land lot. If the difference is 30%, expert analysis must be carried out.

However, this mechanism hardly works, as majority of Rosreestr’s decisions are taken without disclosure; they contain only one word: “denied”. In this case, it is extremely difficult to prove anything in court because there is no wider court practice in the issue. There is such a practice in arbitrary courts, but ordinary courts do not apply it.

In the near future the situation may become significantly aggravated and courts will receive lots of such claims. Indeed, the process has already started. In 2014, 17,382 claims were initiated referring to 38,976 real estate items. During the first 8 months of 2015, 14,339 claims were initiated referring to 25,000 real estates items, 97% of them connected with arguing over the cadastral appraisal as compared with the market cost. The majority of those who are searching for justice in court are legal entities.

As Kirill Kulakov, Vice-President of the ‘Appraisers’ SRO Union Association”, thinks, the draft bill aggravates the appraisal situation. If its current version is adopted, cadastral appraisal report expertise will be excluded, so one won’t be able to argue the results of the appraisal.

According to expert opinion, this will result in the cancellation of filters that prevent low quality documents from appearing. The professional level of expert board members will be lower, and an appraiser and a customer will face the arbitrary nature of the state.

What is good, nevertheless, is that the state understands that the situation must be improved. The Ministry of Economic Development has taken a number of measures to rectify the deficiencies in the system.

In particular, a project on expert board formation has been developed. The number of members has been increased from 4 to 7 and they are have been assigned with the participation of public representatives. According to another order draft from the Ministry of Economic Development, threshold levels of tariffs for cadastral appraisal and its expertise have been set.

So, everything is rather vague. As the Moscow region Deputy Minister for property matters, Vladislav Murashov, said, mistakes in the appraisals of 80,000(!) land lots have been discovered in the last 2 years in the Moscow region. The most common is item identification. It often happens that the lots are almost the same, but their cadastral appraisal is very different.

In the Vologda region, a village shop in an old wooden house was evaluated at as much as 3m rubles, though it would difficult to sell it for 5,000 rubles.

If the situation does not change, a vast market of unnecessary and low-quality service for citizens and business in the sphere of evaluation and cadastral appraisals will form and solidify in Russia, the First Vice-President of ‘OPORA Rossii’ (the all-Russia non-governmental organization for medium-sized and small business), Vladislav Korochkin, thinks. Both for the state and for citizens, it will be a loss of billions and even trillions of rubles.

There are a lot of cases in which the appraisal of an item has been totally psychedelic. For example, not so long ago appraisers from Rostov-on-Don came to northern Syktyvkar and evaluated the whole city over 3 months. When the results were presented to public, they got a shock: the city center turned out to be cheaper than the outskirts.

And there is a good reason why, in the first half of 2015, 700,000 cadastral appraisals were put on hold, and 500,000 legal entities and individuals declined this service. Many of them do not dispute the results of cadastral appraisals, as it would often be more expensive than the tax itself.

The participants of the round table came to a conclusion: the system of cadastral appraisal should be altered, but there is no reason to adopt the current version of the ‘On state cadastral appraisal’ law. They suggest developing and improving this important document within the ‘Valuation activities perfection’ work flow chart, adopted by resolution of the RF Government.

…For now we have the following situation: the tax is to be paid next year, but nobody can say when an efficient system of property assessment and dispute resolution will come into being.

But it does not seem to worry state officials. Their aim is to increase the money flow to the nation’s piggy bank. The rest is mere detail…