Air conditioner market review: a sales slowdown and a change of leaders

What air conditioner models and systems are preferred by Russian customers in these uneasy times of financial and economic crisis?


Practically all world-famous brands of modern air-conditioning systems are available on the Russian market. Today we are speaking about the models available to both specialists and normal consumers.

From household to high-precision appliances
Depending on the area to be conditioned, all air conditioners are divided into three groups:
Household — appliances used for areas of not more than 100 m2 (apartments, small shops and cottages) with a capacity of up to 8 KW. These include window-mounted air conditioners, floor-standing air conditioners and wall-mounted air-conditioning units. These units are not obliged to have strict requirements as to the accuracy of the maintained temperature and humidity.
Near-commercial units, the second group, have a capacity from 8KW to 20KW and are able to maintain temperature in an area of 300-400 m2. Floor-standing and ceiling-mounted units, columnar, cassette and channel-type split- and multi-split-systems are included.
The average capacity of these air conditioners is from 10KW to 15 KW. The accuracy requirements applied to them are more severe, and their technical parameters are closer to those of the next group — commercial systems.
Commercial (industrial) air-conditioners are systems with a capacity of more than 20 KW. They are used for conditioning sports, administrative and housing buildings, trade centers, large industrial floors and commercial premises.
Central, high-precision (for special buildings) and roof air conditioners as well as chiller systems, VRF- and VRV-systems are included here (see the reference below). 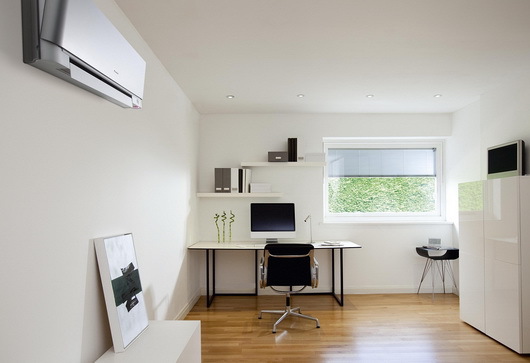 Survival of the fittest
Professionals know the current condition on the market better than anybody else. Alexei Chelmodeev, the head of an engineering company, spoke to us. His company has been dealing with designing, choosing and installing air conditioning systems for many years.
— As far as household conditioning is concerned, in flats, small offices, and cottages, a significant slowdown in sales and orders has taken place over the last two years, he remarked. — Due to currency rate fluctuations, the equipment has become almost twice as expensive. Even wealthy people have stopped buying and installing air-conditioning systems.
According to Alexei, many companies dealing with installing air conditioning systems have almost gone bankrupt and others are surviving by servicing systems installed earlier.
Even if clients have air conditioning systems installed, they are often cheap Chinese ones. However, it is worth mentioning that the cost of installation work has not gone up.
A lot of fly-by-night companies, offering installation for almost no money, have appeared on the market. And, of course, nobody is responsible for the quality of work, to say nothing about offering guarantees.

China instead of Europe
The Russian market is overwhelmed with Chinese air conditioners: they occupy more than 50% of the market, though only some years ago their products took up only 10%.
— Formerly a customer didn’t want to buy and install Chinese equipment. Now, because of a lack of money, China is a priority, Alexei Chelmodeev says, — even though the quality of their products is not in the same league as such brands as Daikin, Mitsubishi Ele?trics, Mitsubishi Heavy Industries, and Toshiba, with their good plastics, high-quality evaporators, and excellent electronics and electrics.
— The Chinese stopped well short of this level, he continues. China does not produce high tech equipment in this sphere, or at least we do not have it on our market.
The middle position between Japanese and Chinese units (as to quality and price) is taken by Korean equipment (as it is globally) - they produce air conditioners for such well-known brands as Samsung and LG. 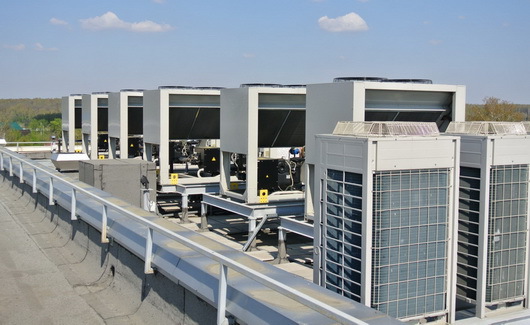 Screwdriver production conditions
As far as the production of air conditioners in Russia is concerned, it has slowed down due to the lack of a sufficient industrial basis. What we have now is a screwdriver-assembly of split-systems from Korean and Chinese components. Such plants can be found in Electrostal and Friazino (in the Moscow region), Rostov-on-Don, Moscow, Izhevsk and Khabarovsk. Their products occupy the lowest price market segment.
— Cheap conditioning systems are in greater demand now, Alexander Kotov, head of the department of an internet shop, says. — Mainly these are invertor-type split-systems, which are smarter and more energy efficient (by 10%) than the previous ON/OFF generation of air-conditioners.
According to the salesman, VRF conditioners are in greater demand now. One external unit and several inner (2–5) units are used in their design scheme. Such systems are perfect for small cottages and flats. But this equipment is 20—30% more expensive than the previous generation of systems, and this should be taken into account.
If separate units are installed, a customer may save on the cost of the equipment but, on the other hand, further installation and operation may render the system less efficient (especially regarding power consumption of the equipment), than the modern VRF systems.

Quality costs money
Speaking of price, the cost of installation should be included because an ordinary man cannot do it properly in his flat or cottage. Undocumented installation personnel and a no-name conditioner will cost you 15,000-20,000 rubles, though you may only speculate on the quality of the system. Installation of a better unit may cost 35,000-40,000 rubles, while the cost of a branded air-conditioning system with professional installation ranges from 95,000-120,000 rubles.
By the way, all conditioning equipment (except “no-name”) with professional installation carries a 3 year warranty and the calculated operation term is 10 years (with proper maintenance).
A customer himself cannot maintain the system, as it is necessary not only to replace and clean the filters but also to wash off the external unit radiator, to tighten nuts on the copper tubes of the structure, to wash off drainage system (which means disassembling the unit)… and it should be done annually with household units and twice a year with commercial ones.
Air handling equipment market conditions will be considered in the next issues of our magazine. 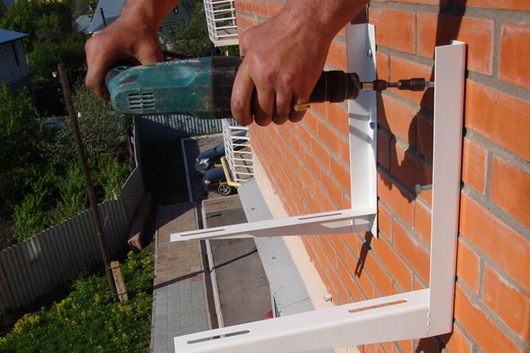 REFERENCE
Commercial air conditioning systems
VRF-systems — multi-area air conditioning systems used for large areas. They are used both for warming and cooling and can create a special micro-climate in each place.
VRV-system — owing to its module structure, it is more functional and installation work can be carried out progressively as the building is being put into operation. One unit of a VRV system may be connected to 2-100 inner units of different types. An integrated pipe system is used in them, so the number of inner units may be increased without additional mains connections.
Chiller-fan coil system — a multi-areal air-conditioning system consisting of inner and outer units. Water or ethylene-glycol solution are used in it as a coolant. Chillers (freezing machines) work both for fan coils (heat-exchange units with fans) and for water sections of central conditioners. Besides this, they may cool technological water for productive use.