The Russian construction industry is facing the same hardships as the economy on the whole. Because of reductions in financing, construction of new objects has decreased and the work on some incomplete objects has been put on hold. Of course, the demand for construction materials, including such fundamental materials as concrete, has fallen. In these circumstances, mini-plants producing custom-made concrete are in growing demand.


Mini-plants have been given this name not only for their compactness and small size, but also for their small production capacities as compared with large-scale production. However, they occupy well-deserved positions in the production line and are very popular with constructors. Many contractors buy such concrete production plants in order to increase their self-sufficiency in terms of production and to decrease their dependence on bad-faith suppliers of custom concrete.

Whom you may come across here
In choosing such plants, serious construction organizations pay attention to both an aggregate’s passport performance and the production company’s reputation. Currently, many producers of such plants, both Russian and foreign, are operating on the Russian market. One of the main exporters is Turkey, which holds more than 50% of the export market. The Turks are followed by Germany, Italy, Finland and China, though the latter is present only in the Far Eastern federal region.
As far as large-scale production is concerned, there are some 15 plants. Among the leaders are the plants in the Chelyabinsk, Samara, Yaroslavl and Tula regions, the Krasnodar territory and Moscow. Besides this, there are about 40 medium-sized and smaller producers whose materials are also on the market.
It wouldn’t be wrong to say that the market for this equipment is fully formed, and the rivalry here is rather serious. Of course, the present situation is very much influenced by the crisis in the construction industry. And those who are able to offer the customer both mini-plants and their complex servicing and maintenance will survive.
— Today the situation on the market is changing in favour of home-producers, Pavel Ignatov, business development manager at one of the Russian plants, thinks. — Because of the ruble’s fall, prices for mini-plants from Turkey, Germany and Italy have risen significantly lately, so some customers have turned to home production. The demand is growing, and the quality of our equipment is approaching that of the foreign equipment. However, some experts do not share this opinion. 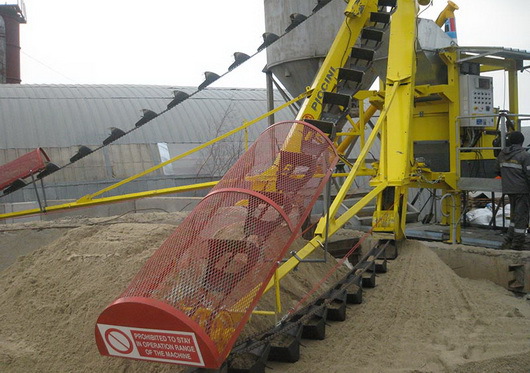 Mini but not simple
Let’s talk about compact concrete-producing plants as they stand now. Which of them can be considered “mini”? Experts think that “mini” means plants with a production capacity from 10 to 60 m3 of concrete per hour. Such plants are equipped with all the necessary units: electronic and hydraulic systems, a mixer, a concrete silo, a noncreative aggregates bin, a water tank etc.
Such equipment is usually bought for a specific project, often for a distant construction site where it is uneconomical to deliver concrete from afar. According to the statistics, most popular with Russian constructors are mini-plant complexes with a production capacity of 50-60 m3 per hour. If the need for concrete is not so high, there are plants of lower production capacities – from 30 to 45 m3.
Such complexes are installed near the object being constructed. They can be used not only for construction but for smaller production of kerb stones, paving slab etc. 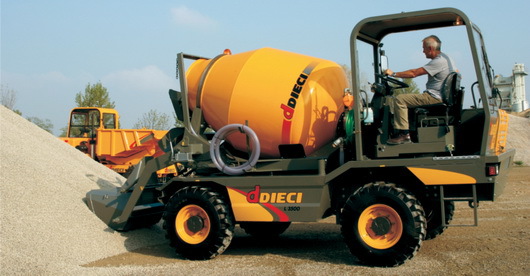 Different approaches
As modern demand for ready-mix concrete has grown significantly, mini-plants with high precision gauging of components are enjoying great popularity.
— The requirements for the mix quality are very strict, and if the ready mix does not correspond to a number of parameters it may not be accepted at the construction site, Leonid Ustiuzhanin, the head of foreign producing company RepOffice, explains. The systems of control and mix dosage precision of our mini-plants are lagging behind those of our foreign competitors.
— Well, home-production mini-plants are not equipped with such extremely precise automation and electronics as their European counterparts, Pavel Ignatov admits. But we should not forget that in Europe, such complexes are controlled by engineers, and with us there is another approach. Any worker must be able to control the mini-plant, so the installation must be simple both in terms of control and maintenance - a kind of a non-fatal Kalashnikov rifle.
Leonid Ustyuzhanin contradicts his Russian production company peers: he is critical of low production capacity plants. He is sure that exploitation expenditure for such mini-plants is the same as for big ones, and that control systems are similar but the output is different.
— So, if you want to buy a small or a medium-size concrete producing plant, the difference in price will be small, while the difference in production capacity will be twofold or threefold, the expert warns, and adds: nobody thinks of the future, what objects will be built tomorrow and what volumes will be required… everybody lives for today… 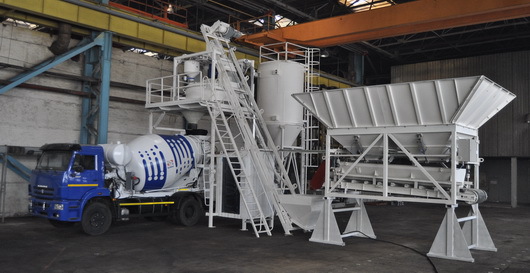 CIS-oriented
While assembling home-produced mini-plants, Russian enterprises use, as a rule, foreign production components, mostly European ones. And though the final product is quite competitive in price, its reliability still needs to be worked on, experts believe. Home-produced mini-complexes are traditionally popular in the regions where construction companies’ financial possibilities are restricted. But today the situation is changing: Russian exports to post-Soviet countries are expanding.
Construction companies from CIS-countries more often apply for Russian equipment, Pavel Ignatov remarks. For example, many mini-plants are now delivered to Kazakhstan, Kyrgyzstan and Uzbekistan.

How much and how many
European mini-plants cost from 200,000 to 500,000 euros (about 12.5- 31.5 mln rubles at present rates). Home producers can deliver mini-plants at a cost of 420,000 rubles (for a semi-automatic one) to 1.8 mln rubles (for a fully automated complex). As we can see, the difference is very significant, though prices for Russian production have started to increase as well. The potential customer is interested both in the price of the mini-plant and in the payback period, and these depend on the projects for which the equipment is purchased and on their working capacity. A number of experts say that, due to their low production capacity, compact concrete plants have a longer repayment period as compared with big ones, and that’s the main drawback.
While choosing a specific model a customer should not only take into account price and payback. He must consider all of the advantages and disadvantages: logistics, assembling, setting and putting the equipment into operation, its production capacity, its ease of operation, and, of course, its cost effectiveness.