Russian producers of road construction equipment may significantly increase their share on the market. They only need to find ways to enhance production


Head of Department “CHTZ-URALTRUCK” and Ph.D. in Economics Ramil Gabdulin told us about bulldozer market conditions in Russia and prospects of this equipment's development. 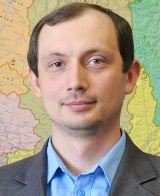 — Mr. Gabdulin, how can you characterize the current state of the construction equipment market and bulldozers, in particular? What are its volumes and main tendencies?
— The main tendencies of the Russian market of construction equipment on the whole, and the market of bulldozers in particular, almost fully coincide with each other. This is because the bulldozer is one of the principal machines used together with dredges and bobcats in civil, industrial and road construction.
They are also used in the construction of specific, non-standard and large-scale objects, such as cosmodromes, pipelines, railway and energy infrastructure objects. And domestic equipment usually works at such objects, often in far-away districts of the country, and in hard climatic conditions.
According to our assessments, after the crisis of 2009 the total Russian market decreased practically fivefold; in 2011-2012 it achieved its local maximum with the volume of 5,000 units. In 2013 – 2014 the market decreased by approximately 40%.
According to preliminary results of the first half of 2015, the tendency of the Russian bulldozer market to decrease continues. It is connected with worsening of the investment climate in Russia because of western sanctions and lack of cheap long money in economics, directed at the federal and regional large-scale projects.
It is still early to assess the dynamics, as the changes on the market in December 2014 – February 2015 were shocking and were connected with the sharp world currency rate growth. We take to the consensus prognosis of leading financial experts, questioned at the beginning of the year, according to which in 2015 the weighted average price for a barrel of oil of Brent mark would be $60 US, and the currency rate will be 57 rubles for a dollar. We think, that after a long decrease of the market lasing for three years, a gradual growth up to 3,000—3,500 bulldozers a year will start from 2016.

— Who are the main players on this market and what are their shares?
— Traditionally the Russian market of bulldozers is divided into three price segments: low, medium and high.
The high price segment includes leading western brands bulldozers, such as Komatsu (Japan), Caterpillar (USA), Liebherr (Germany) and others. The aggregate share of the segment is about 20%.
The medium price segment include domestic bulldozers with modern hydromechanical or hydrostatic transmission and updated ergonomics (CHETRA, Dormash, partly ChTZ). The aggregate share of the segment is about 10%.
The lower price segment with the volume of about 70% includes bulldozers produced by CHTZ with mechanical transmission and Chinese bulldozers Shantui, Shehwa, Zoomlion, etc. One of the main tendencies on the Russian market of bulldozers in 2007—2014 is the growing share of Chinese producers and significantly sharpened competitive struggle between them and the Russian producers. During these years Chinese bulldozers have gradually driven out similar domestic vehicles from their traditional niche and began to dominate in low price segment.
China provides efficient state support for the producers and systematically enhances the expansion of the road construction equipment export, as the growth rate of its consumption in the country has decreased. Chinese export-imports bank as well as Chinese export lending insurance corporations present exporting enterprises with subsidized investment loans for the creation and updating of production, insurance and state contracts guarantees, services for collecting business debts from foreign counter-agents, etc.

— How has the crisis influenced the Russian market of road construction equipment?
— In 2015 due to sharp fluctuations of the currency rates the Chinese expansion has weakened, and now we observe the noticeable growth of the domestic production share. So all foreign producers have to reconsider their pricing policy.
The Russian Government is heading toward active import replacement and enhancing export deliveries gives additional impulse to the demand for domestic bulldozers. Practically all vehicles with a propulsive thrust of 10 and 15 tons have become cheaper than similar Chinese vehicles. And the most low-cost of Cheliabinsk’s bulldozers, the B10M with mechanical transmission and its own production engine, is almost a million rubles cheaper than the one by Shantui of the same class.
It is not surprising that this tendency led to the increase of the number of purchase claims from customers. The most acute problem for the plant now is to search for the opportunities to promote and increase the production to meet the growing demands.

— Road construction equipment producers’ business situation seems to prevent from the implementation of these opportunities, wouldn't you say?
— The increasing loan rates and the significant volume of commercial and banking debts, formed during last years, do not allow Russian producers to attract additional assets and correspondingly react to the positive market condition and meet the growing demand. That is why although the market share growth is observed, there is still a potential for its enhancing.

— What are, from your point of view, the main advantages of the domestic vehicles as compared with imported branded ones?
— I can enumerate a number of evident advantages. Firstly, price competitiveness (a significantly lower primary price of a vehicle, correspondingly, a lower life-cycle cost, taking into consideration operation and maintenance expenses).
Secondly, repair and maintenance simplicity (Both can be done by the operating organization, which is very important for the exploitation of the equipment in faraway districts).
Domestic trucks are as a rule better adapted to operation in low temperature regions. And the significant plus is repair parts’ country-wide availability and low price.
If compared with Chinese analogs, our bulldozers show higher technological efficiency and reliability.
Another competitive advantage of domestic equipment on this market is the wide service and trading network. It covers the major part of Russia and the CIS.

— Do domestic producers deal with advanced developments or is it not the time for them?
—Today there research and development activities in a couple of dozen directions, and simultaneous tracking of the market trends and updating the existing products as well as creating new models without a detailed economic background is an unattainable luxury. It is necessary to focus on the most efficient and acute developments.
R and D are in fact investments which must have return terms. We must understand even at the stage of design, where, in what volumes, at what price we’ll be able to sell the equipment and when we’ll be able to repay expenditures. The same is true with updating of mass production vehicles and innovation implementation. They must be calculated from the point of view of how they will let us enhance sales, make our positions on the market steadier, or return to the enterprise.
Low cost and well established machinery are still popular with the customer in Russia and CIS, that’s why many domestic plants update previous series' models. They are produced with the consideration of modern requirements.
Advanced developments of electromechanical transmission bulldozers are being carried out. The advantages of such vehicles include automatic control of propulsive thrust, high efficiency, ergonomic configuration, etc. which enhances operational reliability.
Our colleagues at other tractor plants of Russia also update the series equipment and develop new models of bulldozer equipment. But the financial and economic condition of the industry and scarcity of working capital at the enterprises make them alter their previously formed plans.

— Thank you for an interesting talk.