The demand for spalls has decreased and vast volumes of the product are piled up in stores, which are overstocked. Is there a way out? 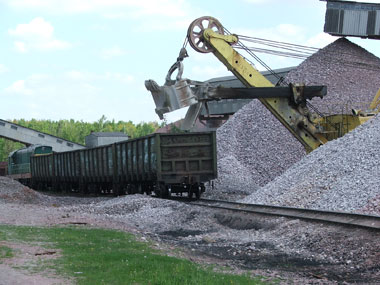 Producers of concrete and concrete goods and of metals, as well as railway and roads builders, cannot do without such nonmetallic minerals as spalls. But as the demand for this product has fallen because of the crisis, vast volumes of gravel chipping lie piled up in warehouses and many producers are close to closure. Is there a way out of the situation?
Today we are discussing the Russian market for spalls. They are obtained as a result of rock and artificial stone fragmentation. In this review we shall consider only aggregates: that is, granite macadam, crushed limestone, basalt and gravel chippings. 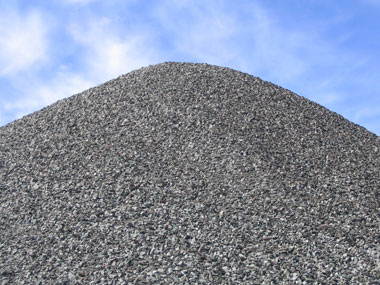 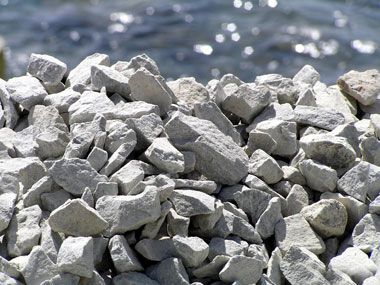 The state is critical
— These days, gravel chipping is most in demand due to its resistibility characteristics and price range, which makes it suitable for the majority of customers, Vitaly Oskirko, Deputy Chief of the Sales Department of one of the gravel chipping production companies, says, though because of the crisis the consumption of all aggregates has significantly decreased. Experts say that not only spall consumption but also spall extraction have decreased.
— At present, we are observing a serious lagging behind as compared with last year’s production volumes, Vladimir Sergeev, Executive Director of the Non-Commercial Association of Natural Construction Materials Producers and Users, “Nedra”, (“Underground resources”), told the magazine “Construction.ru”. Thus in January, 17.1 mln m3 of aggregates were produced, 95% of last year’s volumes; in February this figure was 20.1 mln m3, which is 88% of last year’s.
— Of course, it is connected first and foremost with the absence of demand, says Vladimir Sergeev. Builders may not get their money before the end of May.
Another factor influencing extraction volumes is serious overstocking. According to “Nedra” association data, there are more than 50 mln m3 of spall in the producers’ warehouses. And it’s not an exaggeration to say that many producers are close to closing because their product isn’t selling. 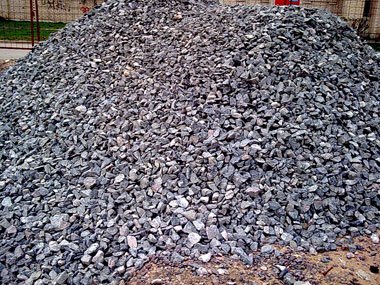 The Ukranian factor
There is one more factor making the situation for home producers on their own country’s market even worse: the import of Ukranian granite macadam. In February, Ukraine officially exported to Russia more than a million tons of their product, which is cheaper than home-produced material because of the hyrivna’s fall. 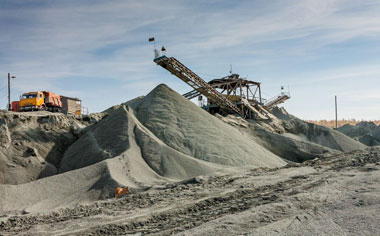 Formerly friendly country are doing black deeds by dumping deliveries of Ukranian granite macadam, which now costs from 350 to 500 rubles for 1m3, which is unacceptable for home producers. Nevertheless, “Nezalezhna” is increasing its export to “damned Muscovites”, thus killing the Russian producers’ business. If in 2006, Ukraine delivered 7.99 mln m3 of granite macadam, in 2007 it was 10.5 mln m3, in 2008 more than 12.6 mln m3, and in 2014 more than 21.6 mln m3. And that’s only what was officially delivered by railway.
By the way, Ukraine is practically the only exporter of this kind of product into Russia. Imported production from other countries, which are not members of the Customs Union, is insignificant. 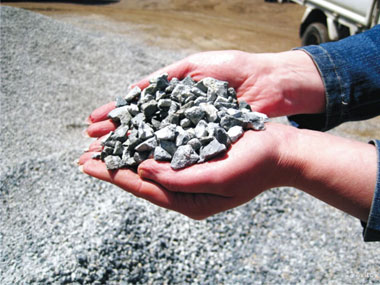 The Sandpit Generals
But let’s turn back to home producers of spalls. There are rather a lot of extracting companies on the Russian market. These are mainly small affairs, extracting 100-150 thousand m3 of spalls a year. There are no more than 10 large companies with a yearly extraction of 10-15 mln m3. Major market leaders producing granite macadam and basalt chipping are situated in the North-Western federal district, extracting the product from Kareliyan pits. Crushed limestone is delivered from the centre and the south of Russia. Gravel chipping is dug during sandpit operations.
Practically all Russian extraction enterprises have become seasonal, as in winter there is no demand for their product. But not so long ago - in 2008 - Russian enterprises produced as much as 428 mln m3 of aggregates. This result hasn’t been achieved since.
The situation has changed technically. Many Russian extracting companies need production upgrading. The majority of crushing and grading complexes are out of date and require urgent upgrading. As a rule, it is economically more profitable to build a new complex than to repair an old one, but some enterprises have chosen the latter option. 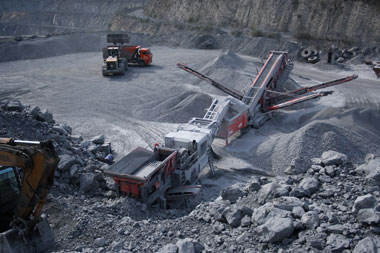 There was a time when prices went down
—As far as price growth for Russian spalls is concerned, in fact there has been no real rise in cost, Vladimir Sergeev says. – And the accusation that came from a high tribune of the October State Council Presidium in Novosibirsk http://www.rcmm.ru/content/topics/713.html is not thought to be consistent or sound. The producers were accused of unreasonable overpricing for aggregates, but that was because of intermediaries. Moreover, at present, Russian producers’ prices have decreased as compared with last year’s. Thus the average producer’s price is 450 rubles for 1 m3 at the pit, and intermediaries sell it at a price of 1200 rubles. They are to be questioned and producers must be helped, otherwise they will “die out as a class”, the members of the Association are sure.
But the “Avtodor” Group of companies’ experts think differently. According to the First Deputy Chairman of the Board, Innokenty Alafinov, “we can speak of a kind of monopoly for aggregates use”, and this is a subject for the FAS (Federal Anti-monopoly Service) to busy themselves with.
— There are private companies that have bought a license for this or that aggregate. And when demand grows they kind of monopolise the market, explained Mr. Alafinov to our magazine. 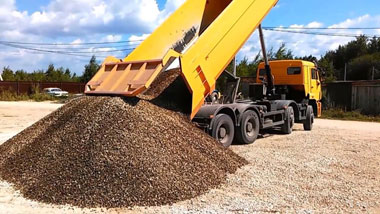 Who will lend a helping hand?
— In the long term, the situation on the market will depend on two industries, Vitaly Oskirko says. – Firstly, it is road construction which has been seriously financed lately. This year won’t be an exception. The budget for the Federal Road Agency “Rosavtodor” has reached a record 500 bln rubles. http://www.rcmm.ru/content/topics/866.html
The other branch of industry that may give a boost to the situation is housing construction. But for now the situation is hard and in some companies even critical. Rates of progress for such construction have fallen significantly.
One way to improve the situation could have been the proposal announced in Novosibirsk about the probable transfer of roadside and linear pits to the builders. But it turned out not to be so simple.
Variants available 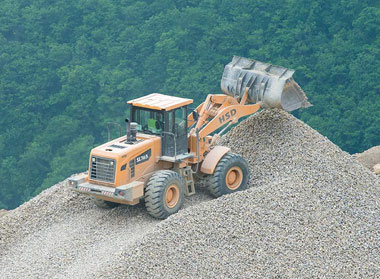 In March, a meeting of the State Duma Transport Committee Expert Council took place. An amendment to the Federal Law “On Underground Resources” was discussed. The amendment concerns a simplified procedure for the granting of the right to use local underground resources sites, reconstruction, repair and maintenance of linear facilities. The proposed draft bill provides for the formation of new types of territories with underground resources, which can be used “while carrying out works to provide federal and regional demands…”
In other words, with the adoption of such an amendment, an absolutely new type of territory may appear - as the saying goes, “factored out”. It’s difficult even to suppose what it will result in. Of course, the draft bill is aimed at the simplifying and cost-cutting of road construction. However, one must work out all probable consequences in advance before making a decision.
To improve the quality of road construction, it would be better to oblige the road builders to maintain the roads constructed by them with life-long guarantees at their own expense. Only then will the road builders consider the quality of their work, experts are sure. And their approach to the quality of their work will change.

Copy of Architect Nickolai Shumakov: now it’s the museums’ turn to be in the malls’ backyard