PVC products appeared in the Russian market at the beginning of the millennium and are now commonplace.  Of course, the most widespread product in this sector is PVC profiles for window production.


Hail, allergy sufferers!
Besides profile production, this material is used for electric cable isolation, for the production of tubes and pipes, cases, corner plates, films of different application, man-made leather, vinyls and, strange as it may seem, condoms – for those who have an allergy to latex.

The material is really efficient: it has good dielectric performances, and resistant to spirits, alkalis, salt water, acid and fat.
One would say there are no ideal materials, and one would be right. Of course there are problems with PVC: it is hard to utilize, as partially combustible and poisonous chloro-organic compounds are emitted. But all of these problems are soluble. Waste products from this material can be recycled, and all respectable PVC producers do so. 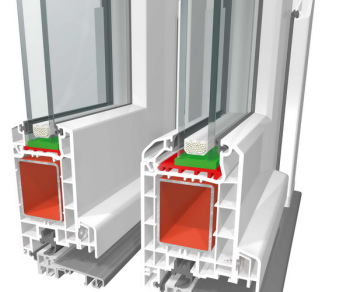 Saturation results
In the experts’ opinion, the current state of the PVC- window profile market leaves much to be desired. After 2011 the market reached its peak and then saturation happened due to imports. Then stagnation started, followed by recession. In 2013, market capacity went down 4%, and in 2014, a further 4.7%. However, it is not all gloomy. The main thing is that our own large-scale polyvinylchloride resin production has started in Russia. This will have the benefit of making the final price of the product cheaper. Nowadays the import / own product rate is about 50/50 (if we count in tons).
Still, consumption is decreasing and producers have to look for new sales methods and ways to optimize their expenditure. It should be remembered that not all the components can be bought in Russia; some must be bought abroad.
The Director General of the PCV-profiles producers union, Sergei Rusin, says:
— There is not really anything new in PCV-profiles production now. Some suppliers have introduced a slight profile modification – chamber adding, profile geometry alteration and adding a special shutter to the frame. The use of composite augmenters, which increase the profile heat conductivity, could be referred to as a technological alteration. Also, metal can be removed – the profile thus gets additional reinforcement with composites. But it is still a concept at the moment and there is no series production of such constructions. Though the PVC market has always been healthy enough, immediate prospects are not great. According to preliminary forecasts, PVC production may reduce twofold by 2020.

Medium-level companies are not to be begrudged
According to information from the end of the last year, 5862 companies producing PVC window profile were at work in Russia. What is their future? In the opinion of Alexei Trubetskoi, the former quality assurance managing director of one of the PVC-producing companies, many companies will be forced to leave the market due to the economic situation.
— Medium-level companies will be the first to close, the expert predicts. Small and very large producers will survive, the former due to small-sized production and insignificant losses and the latter due to stored potential and well-known brands inevitably demanded by customers. In the specialist’s words, not so long ago the vast majority of compounds and equipment was bought abroad. And though producers’ components and mix formulae are different, it was very important to have constant providers. It is not only PVC granules that are necessary for PVC-profiles production: colouring matters, as do stabilizers, chalk, etc. There were cases when such simple products as chalk had to be delivered either from Finland, Poland or France, all because of the instability of the mix-up.

Doing our best
— In spite of the difficulties, the profile producers are trying to upgrade their mix-up, to achieve new levels of quality, says Sergey Rusin. – Every producer has his own profile mix-up and keeps it secret, though every professional knows the PVC formula.
Large companies pay much attention to plastics stabilizing, increasing its shape retention. Some plants substitute such components as lead with zinc, but this is more for the sake of marketing because, as specialists confirm, it doesn’t make any difference to the product quality. 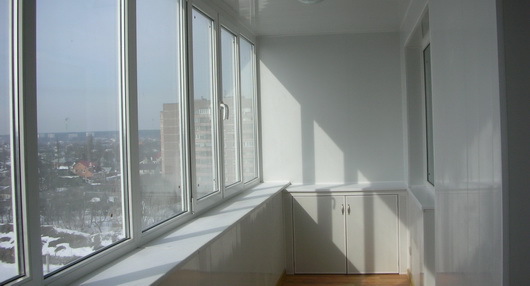 Us and them
Many customers are interested in whether the PVC-profiles produced in Russia differ from the ones made in Europe, thinking automatically that “theirs” is always better than “ours”. To answer this question, one should refer to the standards used in Europe and in Russia.
In Europe, standard EN 12608 SR is used – unplasticised PVC (PVC-U) for windows and doors production. In Russia, classification is done according to GOST (State Standard) 30673-99 — PVC-profiles for window and door units specification. The two have much in common. Both in Europe and in Russia the determining parameters are durability and heat isolating qualities as well as some technical parameters that allow for a range of profiles in definite classes. The only difference is that in different countries different measurement systems are used, and there are some specific things in the construction itself. So you may buy a profile produced by a company approved in Russia without any worries: it is up there with the imported profile.

The chain is no stronger than its weakest link
A very important factor denoting the profile quality and durability is its wall thickness. It is responsible for the product’s form in the process of exploitation, under different loads etc. According to the existing classification, there are inner and outer walls of a profile. The outer (or exposed) sides are the ones that a customer sees. Usually their thickness is 0.3-3 mm. Inner sides are the surfaces facing the wall into which the window is installed, and the surfaces supporting the glass in the construction itself.
However, some producers in Russia invented their own gradation during a period of mass housing construction. A special term even appeared: “lightweight” or “tender” profile. Saving on PVC itself, they lowered and almost made standard the new wall thickness of the outer profile. In the “tender” variant, outer walls are 0.3mm thinner (0.3-2.7mm). It seems a trifle, but in mass production tons of expensive material are saved.
Unfortunately we don’t have any data as to how it will influence the quality and the life expectancy of such windows. We’ll learn this much later. But we must state definitively that any standard deviation is not good. 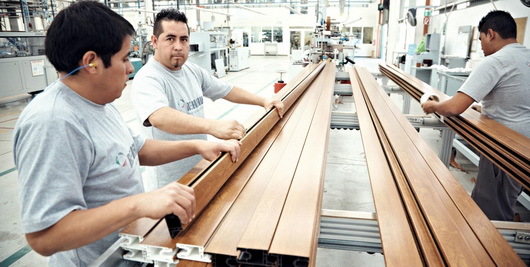 Three scenarios
One final thing about the PVC-constructions market forecast from the independent industry center O.K.N.A. Marketing: there are three possible outcomes for market development from now until 2020. According to the middle scenario, the windows market will shrink by 15%. The pessimistic forecast predicts a 20% reduction and the optimistic one a 10% reduction. Which of these will come to pass, we’ll see in the near future.