In Russia there are no specialists who can design houses for seniors, whereas abroad this market is actively developing. Do seniors need specially designed architecture? Sociologists state that the ageing process of cities and towns is in process, and in some decades the majority of the population will be middle-aged and elderly. Are we ready for this phenomenon? Isn’t it time to reconsider the notion of senescence?


The way it is abroad: bright colours and clubs on the roof Psychologists will tell you that life only starts at 50, especially if a person takes an active part in the life of their city or region. Recently the American architect and Principal of the HWKN Architectural Bureau, Matthias Hollwich, took his program “New Ageing” to Moscow. His vision of architecture for elderly people turns our beliefs about ageing on their head. Firstly, Matthias Hollwich himself - slim, upright, active, young-looking - is the best illustration of a new way of ageing.— It’s time to start a revolution against ourselves, claimed the 50-year-old architect. — Of course, aging is no fun. But one shouldn’t limit one’s life to sitting in an armchair or just playing golf.  First of all, it is necessary to change the philosophy of ageing itself: stop overprotecting the aged and they should stop expecting such overprotection.  From Matthias Hollwich’s point of view, a lot of elderly people are absolutely isolated in their small flats, and the flat can become a real trap for an ageing person. There must be a territory where elderly people can get together. There’s no need to build large edifices: small, compact places will do, where the communication zone may be situated somewhere quite unexpected - say, on the roof.  Who says that elderly people like dull colors? On the contrary, light and color must be let in. By the way, Matthias Hollwich has designed a “tough” seniors’ complex.  Its roof is designed as an arduous hill with equipment for rock climbing. Elderly people, it has turned out, like extreme sports.

In Russia, nobody is responsible for construction for seniorsAnd how is an adequate environment for elderly people created in Russia? The only thing we have are lamentable seniors’ complexes.  It is not a secret that a great number of them are, in fact, on their way out - forget “bright colors” and “rock climbing”. Fires in these complexes happen rather often, sometimes with tragic consequences, because they are located in obsolete buildings which are not practically suited to seniors’ living. They haven’t even heard of new ageing programs there. Minimal comfort is provided.  — There is no special institution at a federal level dealing with the construction of social objects for seniors, Maria Ushakova, Head of Department at the Ministry of Labor and Social Security, told us.  —Authority is delegated to the regions, and their policy is different from region to region. And there is neither an integrated plan, nor any special architectural projects.    Following no particular patternWe phoned a number of regions. As we were told by the Tula region’s social protection department, in this RF region there are 14 social institutions for seniors. Over the last 10 years, 200m rubles from the regional budget and the Pension Fund of the RF were allotted here for major repairs. Each institution is believed to have got about 20m rubles. If this sum is spread over 10 years, they don’t get much — a little under a million each. The situation in Voronezh is better - there is some concern about the look of social institutions for seniors.  Not so long ago, local authorities adopted a resolution on the construction of new institutions for stationary social services using advanced construction technologies and architectural solutions. But, as we were told by the regional department of social protection, if the problem of sufficient living areas for people in care homes is solved for now, it may arise again very soon, as some small care homes are to be closed because of their. 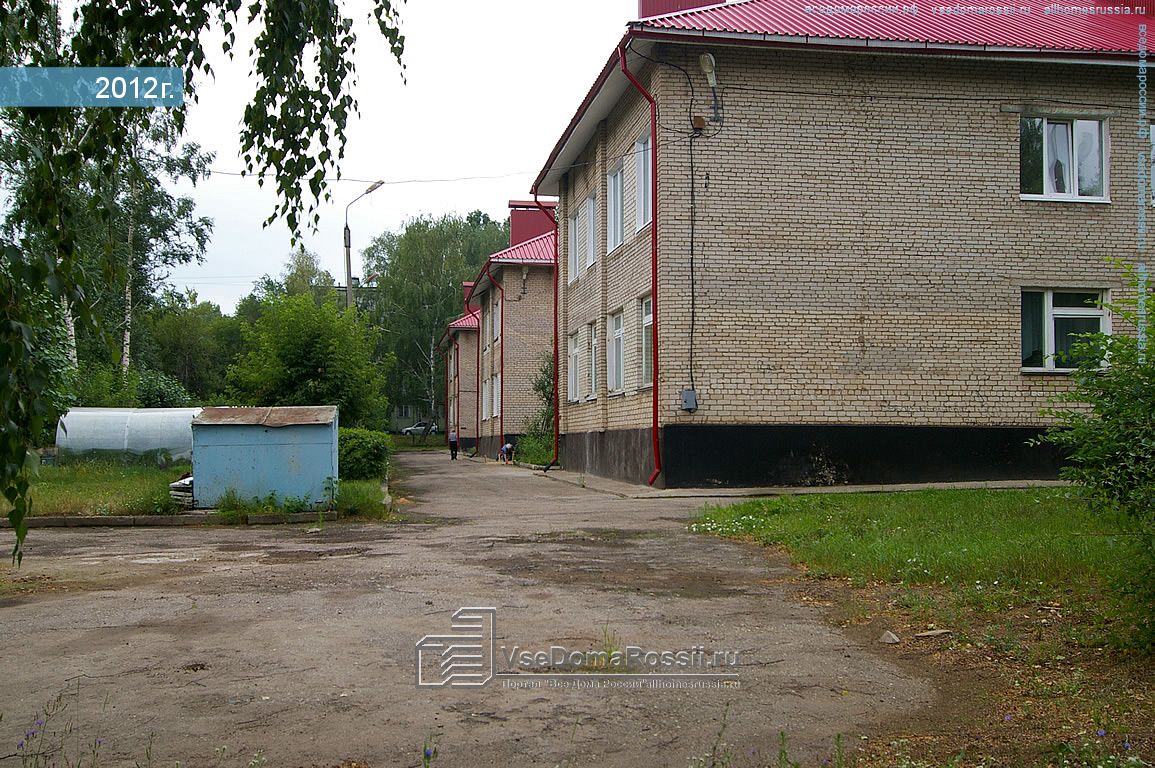 What the architects say — We have construction norms for disabled people but none for seniors, complains Alla Shevyrenkova, Head of the Architectural Workshop of the Moscow Design Institute for Architecture and Arts named after the academician Polyansky.  — We know absolutely clearly that a building for disabled people must have an entrance ramp, and an elevator with enough space for a wheelchair, specially designed sanitary facilities and so on. And what kind of architecture do seniors need? This point is a tabula rasa for us. There are no regulations on that.   — Recently we designed a social services centre in Biryulevo. The main task for us to solve was the architectural look of the object.  I don’t think that American model suits us. The Russians, especially elderly ones, have a different mentality. So we didn’t use overly bright colors or provocative architectural forms. We chose quiet greyish-brown natural tints, she says.   However, the building looks very modern due to the use of advanced construction materials and design solutions. There is a walkable roof, where the elderly may walk and sit in the open air. — I think that architecture for elderly people must, first of all, be low-rise, Dmitry Polyashov, Head of Architectural Workshop ?6 at “Kapstroyproekt” Ltd., opines. — There must be minimal height differences in the building and not many stairs.  And of course, principles of “green architecture” should be used. And I would design such houses not in the suburbs, but in the center of built-up areas so as elderly people do not feel isolated.  Municipal authorities are in the frontline as regards planning social objects for elderly people as well as schools and nursery schools in complex developments. 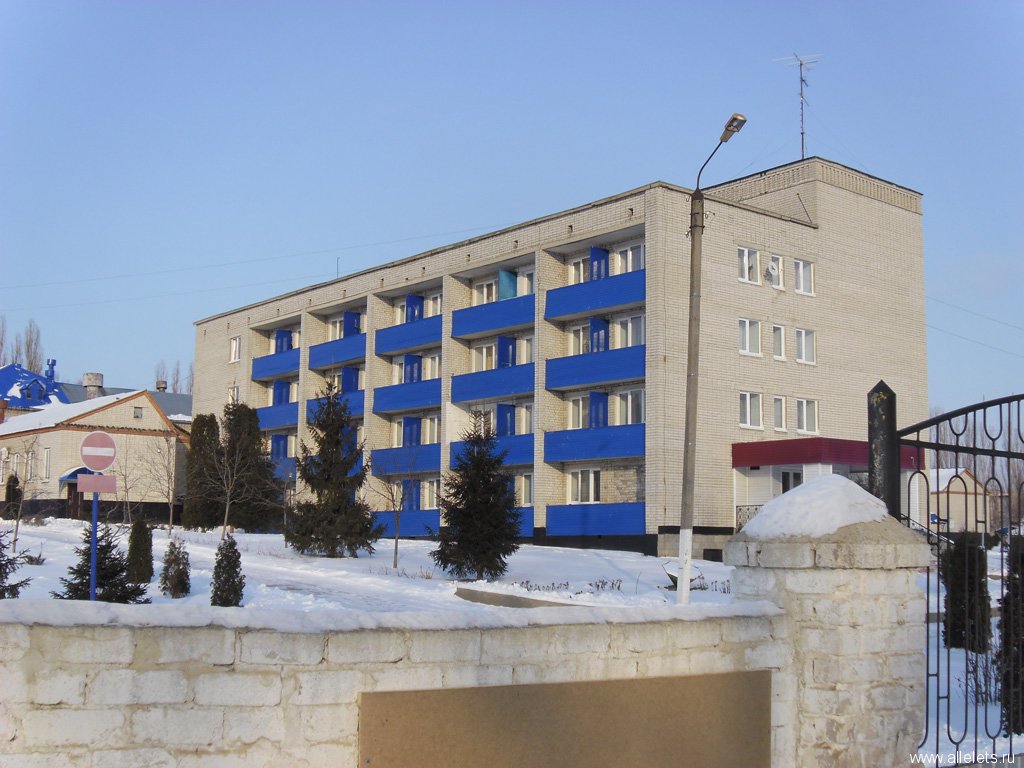 We’ll have private boarding houses for elderly people In general, despite lagging behind developed countries, the situation in Russia is not at a stalemate. Since January 1st, 2015, the new Federal law “On social service for the RF population” has entered the statute books. It allows private companies to render services in taking care of seniors. All regions have adopted corresponding local regulations. How it will work? If a private company is included in the Social Services delivery register which is now being drawn up, it will be able to get money from the budget provided for social services. The state is known to allot a specific sum of money for a person’s sustenance in a care home or other stationary social institution, so this money will be transferred there. This commercial service is supposed to develop quickly, and new buildings for elderly people with interesting new architecture should soon appear. And then, we hope, the state will take up the reins.   Has the ice broken? When this article was a work in progress, we learnt that the Moscow Region Architects’ Council adopted the design of a “town for seniors” in the Istra district of the Moscow region. The area for this large care home is 20 hectares, and it will include several buildings constructed with advanced technologies. The development of the “town for seniors” is to have been completed by 2020. The project comprises of several stages: the construction of houses and facilities on the territory, and the upgrading of the transportation and engineering infrastructure of the nearby towns and villages.