The winners of the ‘architectural Oscars’ were announced recently. Projects from Singapore, Canada, China and Sweden won in the four main categories. A special prize, ‘For the best color decision’, was awarded to the ‘ONS Insec showroom and sales office’ project from Ankara (Turkey). However, as we had expected, Russians also won some awards this year.


Gold may be easily explained

The international WAF architecture festival, the so-called ‘architectural Oscars’, has been held since 2008 and gathers the most outstanding projects and brightest names from all over the world. Besides the business program, the best project decisions and already-constructed buildings are traditionally given awards at the festival.

This year, eight works from Russia were included in the shortlist for the prestigious award, as we have previously mentioned. To remind you, the eight nominated projects from Russia were: the Fisht stadium (Sochi), the General Staff building at the Hermitage (Saint-Petersburg), the Dance Academy of Boris Eifman (Saint-Petersburg), the reconstruction project of Kaliningrad’s historic center, and four projects in Moscow: the trading center on the Borovskoye Highway, the concept for Revolution Square, the Stanislavsky Electric Theatre, and the design for the Modern Art Museum at the Udarnik cinema.

Although they were not the main WAF nominations, two Russian projects got awards in special nominations. The project for the reconstruction of Kaliningrad’s historical center won in the nomination “The future project”, (the “Master-plan” category), and the Dance Academy of Boris Eifman project was the winner in the nomination “Buildings” (the “School” category).

Photo: WAF prize being awarded to Nikita Yavein and his colleagues from “Studio 44” 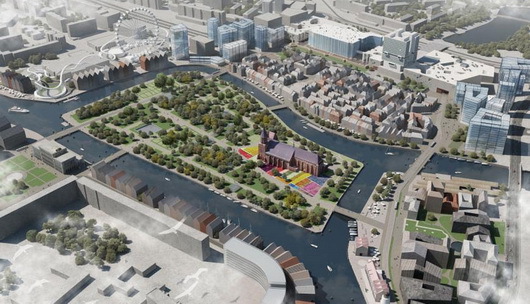 Thus an architect from Saint Petersburg, Nikita Yavein (Studio 44), became a double laureate of the architectural Oscar in special nominations (“School” and “Master-plan”).

His project for the reconstruction of Kaliningrad’s historical center had won in the municipal competition ‘The Heart of the City’ and it was highly regarded by the WAF juries.

Photo: the concept for centre of Kaliningrad’s development

Vizualizing the author’s decisions, one can see a nice picture of a city with a cozy atmosphere, retro spaces, mini-cafes, shops, and souvenir boutiques.

The other work by Nikita Yavein — the Dance Academy of Boris Eifman — with its maximal functionality of all areas of the building, was also appreciated by the competition’s juries. 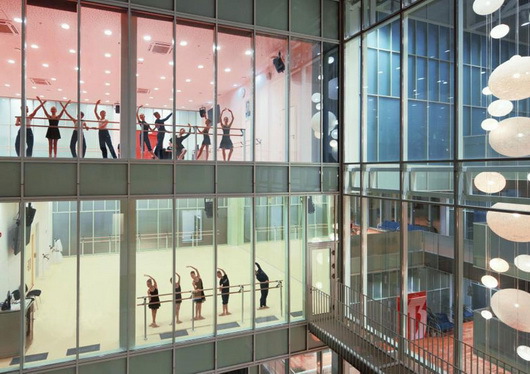 A village in town

And now for the main winners. The housing complex ‘Interlace’ (Singapore) was a winner in the “Building of the year” nomination. Its name is not random: six-storey houses were placed on top of one another to resemble a game of Tetris. The original residential area was designed by the German architect Ole Scheeren. It is not new (2009) but the construction was finished not so long ago.

The buildings are ‘collected’ around six hexagonal squares and there are more than 1000 flats inside. On the flat roofs of the houses there are gardens with pools, a pond with lotuses, a waterfall, a stone garden in the Japanese style and an open-air theater.

Very popular in the architectural world is the idea of a ‘city village’, with total beautification and multiple internal communication systems implemented in the project.

The fight with shadows is won

The best ‘Building of the future’ was acknowledged as being the skyscraper ‘Vancouver House’ in Canada, by the Danish architect Bjarke Ingels. Its main novelty is that the author managed to place a 151m-high tower with an area of 60,600 m2 on a triangle of ground with an area of 557 m2. The complex configuration of the building is determined by the author’s desire to protect the future inhabitants from noise and dust, as there is a busy road nearby.

The author also had to reduce the dimensions of the house in order for it not to throw too much shadow onto the neighboring park.

The architect compares his project with a curtain trembling in the breeze. The skyscraper begins as a narrow triangle (so as not to close off the beautiful view of the bay) and, as it moves up, it acquires the form of a square. In fact, it turns a polluted patch of land near a highway into a city-center attraction and a comfortable public space with avant-garde design. 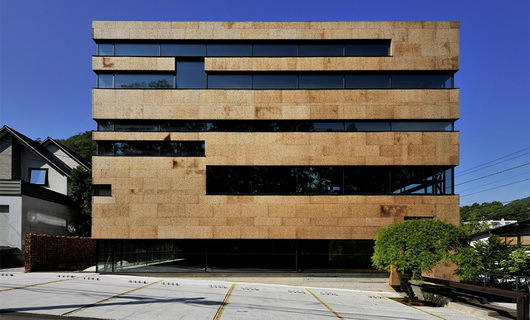 In the ‘Landscape of the year’ nomination, the work of the architectural bureau Turenscape was acknowledged as the best — a park in Jinhua (China). From above, the park looks like a wonderful picture resembling an abstract composition or a Chinese miniature. The brightest element of the landscape is the ‘Dragon’ bridge over the bay.

The most outstanding ‘Smaller project’ is the Liding?vallen mini-stadium in Liding? (Sweden) by the architect Dinell Johansson. A very simple (at first glance) construction impresses with its inner harmony and sympathy for its environment.

The project which won in the ‘Office’ category is also very interesting. The Higo office center is in Sapporo on the island of Hokkaido. The peculiarity of the building is in the material it is made of: thin 5cm thick bricks made of cork oak. The ‘thinness’ of the construction does not affect its strength. 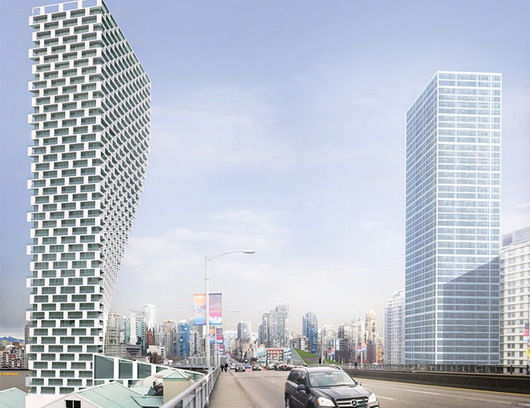 Besides this, the Japanese architect Makoto Nakayama is sure that cork oak is the material of the future, as it has wonderful noise insulation qualities and is fireproof and light. According to this project, in the course of time the house is to become covered with moss and to ‘dissolve’ into the environment. The process of the building’s ageing was pre-designed by the architect and is a part of the author’s concept.