Architectural critic Grigory Revzin cogitates on why there have been no noteworthy building in Moscow for four years. 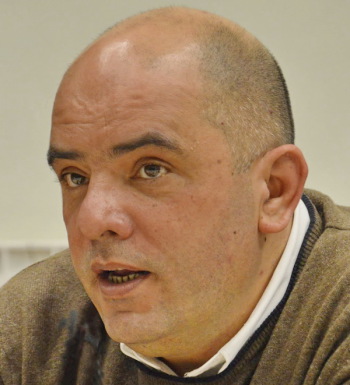 The Mayor doesn’t have to be an architecture fan
— In one of your speeches, you chide Sergei Sobianin that for four years of his being Mayor, not one noticeable building has appeared in Moscow. You meant, of course, not one architectural success.
— “Chide” is not a word in the Mayor’s vocabulary. The Mayor does not have to be an architecture fan; it is not a priority in the city. He may be a fan of roads, the social sphere, city navigation, public areas. It is normal.
Once, the Italian Prime Minister, Julio Andreotti, said: “We do not need architecture - there’s a lot of it in Italy - we need roads”. Italian architects hate him. But now there are wonderful roads in Italy, especially in Sicily, where the mafia worked together with the Mayor.
A real architecture fan was Yury Luzhkov, who was eager to build something outstanding. But he had monstrous taste. This explained a lot of his actions. I think that it was he who inspired his wife, Elena Baturina, to create the largest construction holding in Russia, because he was interested in it himself. The results are questionable.
Now the situation in Moscow is different. But I would readdress my claims to lower levels of the hierarchy than the Mayor: the capital department for urban development, or the Moscow architecture committee.
Unluckily, the city’s chief architect (rather a high position, don’t you agree?) currently has rather limited powers. He may “change something in a facade”, but even a building’s dimensions are not his area of responsibility, to say nothing about function, location, etc.
Sergei Kuznetsov, Moscow’s chief architect at present, is a talented professional, highly respected among architects. But in the administrative hierarchy he is the second (not even the first) deputy to the Deputy Mayor of Moscow for urban development, Marat Khusnullin.
Now see what we have. For example, a school reformation program is being implemented. It is being supervised by the Vice-Mayor, Leonid Pechatnikov. The issue of schools is not only a program of education. It includes also the buildings, which are to be reviewed for the new program of education. In the current power vertical, the second deputy of the head of the construction department has no opportunity to address the vice-premier for social policy. He cannot influence the work and neither can he coordinate it.
In this sense the previous Chief architect, Alexander Kuzmin, had much more power. We can see now that Kuzmin was stronger. Of course, he knows Moscow perfectly well, I’ve never met a stronger urban developer, but he communicated directly with the Mayor, in person.
If we want to have quality architecture, the heads of architecture must have more powers. And of course, the status of an architect should be higher. The architectural community should not be treated as “a band of façade makers”.

Our architectural competitions result in detritus
— One chief architecture driver has always been competitions. Lately you have written much on the idea of competitions being outdated. Why are you so disappointed in them?
— A competition is a format which demands one abides by some rules, which is rather problematic considering our attitude towards law, and secondly, a competition supposes that we defend the result. And what do we have?
Suppose there is a winner. But nobody knows him, and he does not know anybody. He has no coat-tails, he is a foreigner. Only the chief architect of the city, if he is Chairman of the jury, may be his champion. But he is also very dependent on many other influential opinions.
The victory in the competition is not an argument for power and business structures. They perceive it as a fact, an architectural statement, - ok, the winner is good. But the object may be constructed by another person, not the one who won. So, competitions produce detritus. 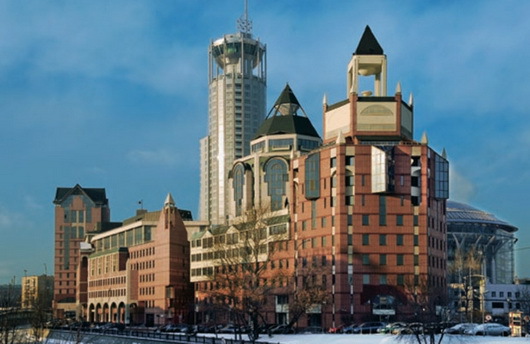 — Thus the rights of the winner are violated…
— Yes, they are. His rights are not guarded by law. He will get a prize, compensation at best (it is not even written in the agreement sometimes). It is a tiny amount of money. But the authorities’ representative says: “I do not understand this project, it is long-term and expensive”. And that’s all. The line is drawn.
I think it is the wrong model. And we are not speaking of anybody individually but about the institution of decision making itself. An architectural competition as well as its results must be protected as an institute.

“Zariadie” only got underway due to the President’s supervision
— So, those who say that not a single competition project is implemented fully – are they right?
— Yes, they are right. To a very great extent. Look what has happened with a widely advertised competition for the Moskva River embankments.
Yury Grigorian won the competition. A wonderful architect. But his project was for some reason transferred to the category of “ideology”, as if it were a competition of a program of a party of “embankmentors”.
The ideology will be formatted into norms and regulations of embankment developing, and then every embankment will be designed according to these norms and standards, by different authors. And it means that the project as it is gets flushed down the toilet.
You know, an architectural project is a complex work of art. When it is warped by norms and standards, and then these standards are forced onto another author’s vision, in the output we get something that has no connection with the primary concept, the one which won the competition, the one that was presented to the Mayor and publicly praised.

— Nevertheless, there is some progress with the implementation of the competitive design of the park “Zariadie”…
— Yes, currently the long-awaited contract with the winner (the authors of the project are the American bureau “Diller and Scofidio”) has been concluded. But it took place only two years after the competition, while normal practice is a couple of weeks.
And I think it started development only because it is being supervised by President Putin. I’m sure that Vladimir Putin asks from time to time: “What’s going on with Zariadie”? I promised Muscovites a new park in the center.” And after these questions, people start doing something. 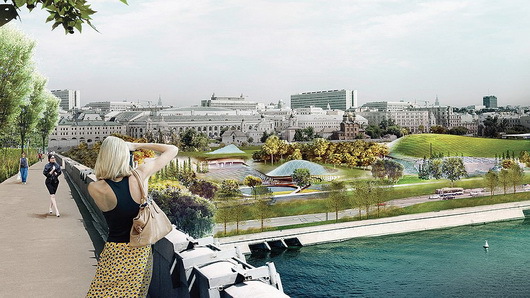 — But architectural competitions are held publicly. Can’t the results be defended by the general public?
— I’ve been dealing with modern architecture for 20 years, and I’ve often seen the public rising against some project, but I’ve never seen them rising in favour of one. Nowhere in the world. The public has nothing to do with it. They have other interests.
You know, and it’s no secret, that the construction market is collapsing, and we are looking hard for non-State orders. So there is a struggle for every square meter of the State’s order. And alas, any and all means are considered fair in order to achieve this aim.

“You’ve drawn something, I won’t build it”
— Do you think the Ministry of Construction, the youngest ministry, can influence the appearance of bright, outstanding architecture in the capital, which everybody is waiting for? Is there in fact an “architect – constructor” connection?
— With us, a constructor is above an architect – this started in Khrushchev’s era. It can be seen at every construction site. An architect has made an outstanding project, has won a competition, but a constructor comes and says: “you’ve drawn something here, I won’t build it. I will build it the way I know”. So there is connection: an architect is bound hand and foot.
The Minstry may be able to carry out some independent policy movements in the sphere of architecture, but this is a network organization, not a directive one. The ministry defines standards but they do not construct.

— So, competitions do not function well. Authorities do not have a deep interest in exclusive architectural decisions. Who, from your point of view, may become a driver of bright, interesting architecture?
— There are two ways. An authoritative one, meaning an architect in a high position in the power vertical. There are a lot of drawbacks here: an authoritative architect will impose his taste, promote his friends and push out his competitors. There won’t be justice, though we may get quality.
The other way is democratic – competitive design.
When we decide which way is more suitable for us, we’ll expect something good. But now I expect nothing.