A WEBER-VETONIT center of investigation and development was opened in a solemnceremony on October 29th.


Investments in the project totaled 97.6m rubles, including the construction of the building and laboratory equipment. The Center became the first scientific platform of the Saint-Gobain company in Russia. As Director General of the Saint-Gobain group in Russia and CIS, Gonzague de Pirey, remarked at the opening ceremony, it was a logical step in the company’s development strategy in Russia. Jean-Luc Garda, Director of the global department of dry construction mixes, stressed that the company’s production and projects in Russia have achieved such volume that the Center is necessary. It is designed for local conditions, raw material and its specific parameters, climate, technology and traditions.
The company's management team think that DCM producers from other countries may use the Center’s services. Fundamental investigations are planned to be carried out in the Center. The staff at the Center will consist of 24 young and high-potential investigators from different countries, including Russia. 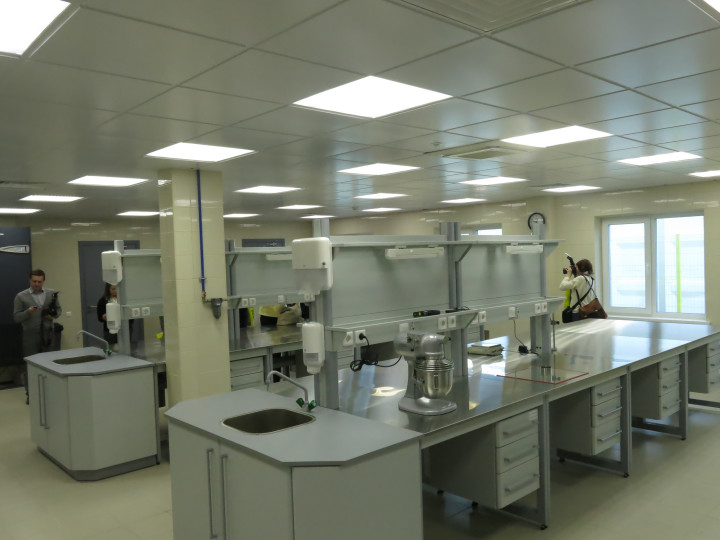 The Director of the company’s dry construction mixes department in Russia, Oleg Makarov, told journalists about a new plant the company is going to open in Russia.
The Center is located in a building with an area of 1430m2, of which 1000m2
are a work area for physical and chemical investigations in different laboratories. The building itself was constructed using the “smart house” technology.

What will the Russian WEBER-VETONIT Center deal with?

Innovation developments at the Architecture and Construction Innovations Day