During the last 10 years, light steel thin-walled structures (LSTS) have gained popularity. Today, about 900 thousand tons a year are used.


In civil engineering, LSTS are used in low-rise housing and cottage construction.  Compared with other construction materials, LSTS are not so much in demand and have only 6% market share in terms of the total volume of house construction technologies.   Economic efficiency and problemsOn the one hand, LSTS is very efficient due to its low weight, the little time needed for its installation, its construction and erection terms and its transportation expenses.  On the other hand, the problem is the absence of standards and regulations for LSTS building design. In European countries, LSTS building construction is subject to DIN norms and Eurocodes.  — One of the main factors defining LSTS efficiency and safe exploitation terms is the corrosion resistance of a structure under the influence of different aggressive environmental factors, the Doctor of Science, Eduard Airumian, Head of Department at the Central Research and Design Institute for Construction Metal Structures, explains.  — The main regulatory document for metal structures’ rust proofing in the countries of the Customs Union is currently the Code of Practice (CP) 28.13330-2012. According to this, zinc-coated steel for LSTS production must have 1st-class double-sided zinc coating corresponding to Federal Standard (GOST) 14918. However, the lifetime of zinc-coated structures depends on the loss in weight and thickness of the zinc coating during its operation. It is these data that are used for the assessment of LSTS durability. In Russia, there are no such norms. Thus, imperfect construction regulations prevent the wide-spread use of advanced structures.  — In Europe, Asia and North America, LSTS constructions have been successfully erected for more than half a century, says Igor Piskulin, head of the sales department at one of the production companies. — There, the LSTS share in total construction volume is 15%. Such constructions, according to foreign data, can serve for more than 100 years. In Russia, the LSTS share in low-rise construction is 0.5%: 30 times less than in developed countries. 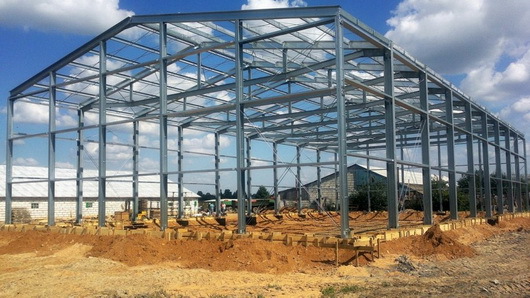 A failure to enumerate all the advantages In Russia, this advanced technology has started to be used in the construction of social objects. LSTS technology is used in housing construction under the Resettlement Program for old and substandard houses and in the construction of military settlements. It has also proved suitable for use in northern and seismically active regions.  Recently, one company in the Central Federal District completed the construction of a three-storey nursery school. The frame of the building consists 100% of galvanized siding. The object has already received all necessary expert evaluations.               Some schools are being built on the basis of LSTS framing in Yakutiya. Blocks of flats with LSTS are being built in Sakhalin and Kamchatka (to remind you, these are seismically dangerous areas). This technology is becoming more popular and taking its place in construction.  LSTS structures have other advantages. Houses built of LSTS are rather light: their weight is 50—150kg/square m (with traditional technology, it is 500 kg/square m). They have a low building cost: the construction of 1 square meter with such finishing costs 11 thousand rubles. Such buildings can be assembled in any season.   LSTS buildings are highly fire-resistant and energy-efficient: the thermo-profile of 1.5 mm thick steel with a 200mm layer of basaltic heater corresponds to 1.5 m of brickwork. And last but not least, LSTS-technology houses do not shrink. 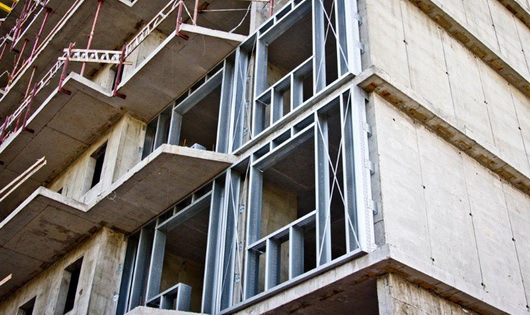 There is an industry, but there is no demandExperts think that LSTS has good prospects. Moreover, during the last decade a new industry has come about: the production of camprofile of zinc-coated steel. More than 30 companies have joined the National Association of Steel Camprofile Producers. In total, they yield about 1 mln tons of camprofiles. According to optimistic forecasts from experts, by 2020 the Russian market of LSTS should reach 11.7 mln square meters, not taking into account enclosure structures for multi-storey buildings.  Since 2008, six new plants producing LSTS have been built in Russia (St. Petersburg, Leningrad, Tumenn, the Tula region, Tver and Chelyabinsk).  Foreign companies from Belgium and Finland also operate here. But it is not enough, according to the Association.  The main reason for the sluggish development in the segment is the general conservatism of the home construction industry. It is difficult to implement innovative technologies here. At the same time, they would be very beneficial for the implementation of the program, “Available and comfortable housing – for the citizens of Russia”.