Moscow Urban Forum – 2015 showed that any unfavourable scenario of a city development may be overcome. Only the authorities’ resolution and citizens’ support are needed.


This year the Moscow urbanistic forum was especially interesting. Foreign guests did not conceal their admiration speaking about fantastic changes having taken place in the Russian capital lately.

Moscow may now be rightly considered a modern European city, a city for people. New public spaces, pedestrian precincts, dozens of new parks, bycicles to rent all-city-round. And many other things making Moscow an attractive city for living.
But the forum was not a report on the successes officials are so much fond of. Just on the contrary, the participants discussed the most acute city problems without concealing mistakes.

On taking decision to reconstruct — be ready to be criticized
— A large work have been fulfilled during the past five years, — Moscow Mayor Sergei Sobyanin shared with the forum participants. — Unfortunately Moscow inherited a great number of problems, many metropolises come across with: millions of cars and square meters of housing — and at the same time uncared-for public spaces, poor ecology, closing industrial enterprises.
But any trend, even the most “hopeless” may be overcome. Authorities’ will is necessary for that, and what is very important – citizens’ support. There is always a lot of critics towards originators of reformation. But as long as the results become visible, critics’ voices drown in the flood of support. And thousands of people start helping.
The “favorite topic” of the present Moscow Mayor is public spaces. During past decades their degradation has taken place. And it took a lot of effort for the capital authorities to return them to turnover. As the Mayor said, it does not go about only broken benches and illegally cut down trees. Public places have been creepingly occupied (captured). Children’s play grounds changed for parkings, beautiful facades were covered with advertising, stands and kebab houses appeared in crowded places and prevented pedestrians from coming to metro stations and urban traffic stops.
A real fight was announced to all this ugliness. And after all extra things had been taken away… real Moscow, the most beautiful city worth of admiration, was discovered anew.
And the parks! Only think that for the last five years 400 new green areas have appeared, the majority of them are full-scale park complexes. Many families now choose walking in the park instead of going out of town, avoiding getting into traffic jams.
When the decision to make some streets with priority to pedestrians (pavements were widened at the expense of the road surface) skeptics frightened everybody with coming many-kilometers-long jams in the center of the capital.
But these prognoses did not come true, the streets revived and their visitation grew many-fold. 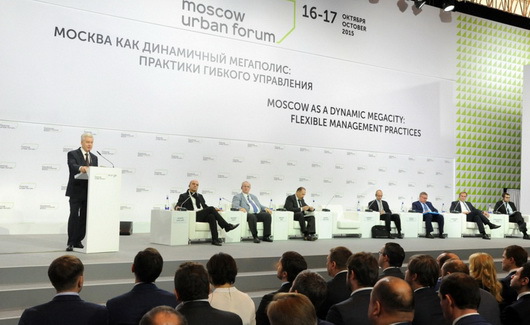 By car to the center: is it worth going?
Moscow Mayor was much criticized for parkings. The number of paid parkings are known to have increased in the center of Moscow and the price for a parking place has grown. But the capital authorities, as the Mayor said, deliberately took such unpopular measures.
— If we want to unload the center of Moscow we won’t do without strict administrative measures, - Sergei Sobianin explained his point of view. — The Muscovites must have the right economic motivation for moving round the city. — We’ll continue our policy, — Sobianin said firmly. — The cost of a drive to the center will grow and the cost of moving by public transport will decrease by 30%. So we’ll motivate people to use personal cars less. And it means there will be fewer traffic jams. 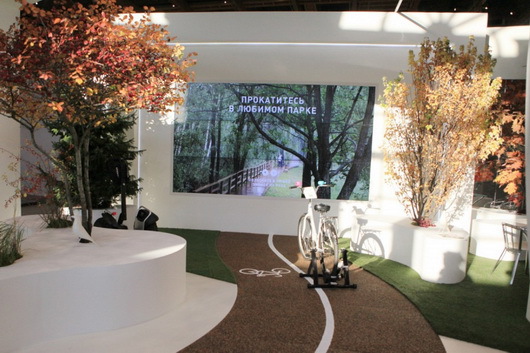 Moscow turns to Smart City
The guest of the forum and ex-minister of urban policy and of Big Paris Maurice Leroy told a story.
In 2011 he met Moscow Mayor, Sergei Sobianin. The Minister was enthusiastically speaking about grand plans of the French capital. According to the “Big Paris” project it was supposed to be surrounded with two big rings of roads: the city railway and subway. The Mayor of the Russian capital was listening carefully. And in a year the “Big Moscow” project appeared, which started with a large-scale reconstruction of the Smaller railway ring. And first trains are promised to start movement in 2016. It will allow to unload traffic flows on outbound routes and in the metro.
And the “Big Paris” project (a real twist of fate) was not implemented. And now Maurice Leroy is Deputy Mayor’s counselor on urban policy and construction in the Moscow Government on the “Big Moscow” project.
In general, Sergei Sobianin’s strong features are creative approach and the ability to learn from others, to take the best. The most authoritative experts in urban development from all over the world were invited to the forum.
Among them Chief architect of Barcelona Vicente Guallart, member of Great Britain Urban Planning Academy Professor Lawrence Barth, Lord mayor of Leipzig Burkhard Jung, the mentioned above Deputy of the National Assembly of France Maurice Leroy, Deputy Mayor of Milan on the issues of environment mobility, metro, water and energy supply Pierrefrancesco Maran and other outstanding people in this sphere.
Chief architect of Barcelona Vicente Guallart speaking at the forum warned Moscow against mistakes Catalonia capital did not manage to avoid:
— When we started reconstruction, we thought that we are to start with the center. But that was a mistake, — he said and added: — The experience showed that the development of the city must be polycentric, when there are several centers of city attraction. Following him, for Barcelona, the balance between all the districts of the city is very important.
Some Russian participants doubted if polycentric development will fit Moscow, but everybody agreed that the idea itself is very interesting. Vicente Guallart mentioned a very interesting detail: young citizens of Barcelona do not want to drive cars in the city – a bus is very popular.
Burkhard Jung spoke on the reconstruction of Leipzig, its development started with the large-scale reconstruction of its historic part.
— By now 90% of all historic buildings have been reconstructed, — he said proudly. — Many old buildings are acquiring new functions – they become an atelier or an exhibition hall. According to Jung, one of the districts of Leipzig having had bad reputation previously has become a creative center with an artistic compound, available to citizens, with restaurants, galleries, designers’ boutiques, etc.
— When I first came to the USSR when a boy, — said Maurice Leroy, — my father was building hotel “Cosmos”. Now I do not recognize Moscow, it is quickly moving toward turning into a what we call Smart City. 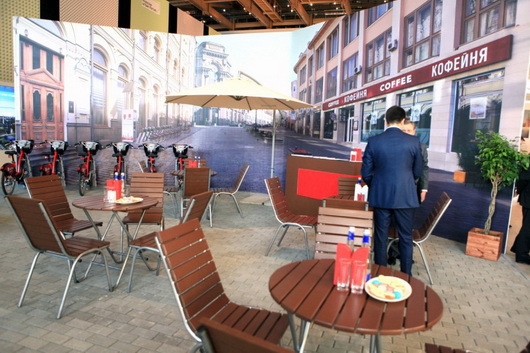 26 projects in the Ministry portfolio
Everybody admits now that the priority is life quality improving but not the increase of the number of square meters. This trend very well comprises the development of degrading industrial areas.
— The territory left by industrial enterprises is not only the problem of Moscow, but both of Yekaterinburg, Kazan, Samara, Ufa, etc., - remarked Minister of Construction, Housing and Utilities of the RF, Mikhail Menn.
Of course, these are territories with a great number of problems, but at the same time, according to the Minister, such enclaves with inoperative infrastructure may become a great resource of useful areas for the city. As Mikhail Menn said, there 26 projects on the reclamation of abandoned industrial areas. The industrial area renovation is a complex of events: an industrial area surveying, complex planning, preparation of engineering networks, etc. Owners of the land lots within the industrial area will be offered different variants of participation in the project: compensation, equity participation, including the variant of the independent development of the territory.
The Ministry of Construction, Housing and Utilities together with Moscow Government are now working at a draft bill on the development of the capital’s industrial areas. 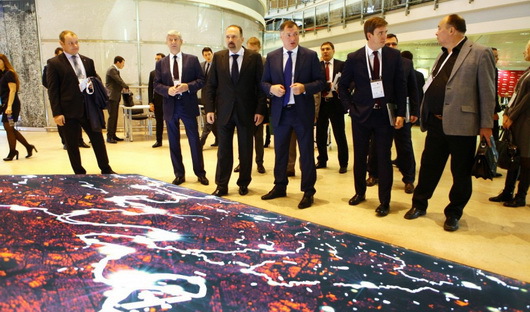 200 km of the embankment will become promenade area
A unique display was working during the forum – an architectural model of the Moscow-river embankment. To remind you, a couple of years ago an architectural competition was announced for Moscow embankments space planning. An integral concept of the development of the 200 km long river-side area was worked out based on these projects.
One could see the main ideas of development to be implemented near the Moscow-river, including Rublevo-Arkhangelskoye and Western ports, public ports of ZIL, Zaryadie, Nagatinskaya floodplain, Kolomenskoye, Tushino. The idea of the project is to open the river for citizens arranging berths, promenade areas along the river, etc. It is another grand urban development project in the capital. There were lots of spectators near the stands. Everybody agreed that the idea is great but doubted if Moscow would manage the project which will practically change the city structure.

Urban Talks
On a final day a traditional festival of the Moscow urban forum took place. About two dozens of exhibition areas, more than 10 master-classes and interactive installations were working. Leading foreign experts in the sphere of urban development delivered lectures, vivid discussions – so called Urban Talks – took place. Active citizens could take part in the discussion about underuse of space and management resources, New Moscow development prospects, changing the traffic model of citizens’ behavior.
— Much has been done, but still we have great plans, — Sergei Sobianin said in the end of the forum. — Pay your attention: despite the crisis we have not stopped a single project. It is our principled ground. We are full of determination to complete once we have begun.