In spite of the crisis, the Russian leadership has set large-scale infrastructure development targets for the road construction industry and allocated an unheard-of sum of 500 bln rubles. For the successful implementation of these plans, it will be necessary to use high quality coal tar materials, with which we still have great problems. Taking into account that 90% of Russian roads have an asphalt covering, it is easy to understand how critical the industry’s need is for high quality bitumen.


Last year, the Head of the Federal Road Agency “Rosavtodor”, Roman Starovoit, adopted a program of mandatory application of bitumen materials in road construction.  Later, in October 2014, FRA “Rosavtodor”, “Sibur” and “Gazpromneft” signed a triple agreement on cooperation in this sphere. After that there were some positive developments, in the opinion of industry experts and independent analysts. Careful attention is being paid to the production and quality of bitumen and polymer-bitumen binders. 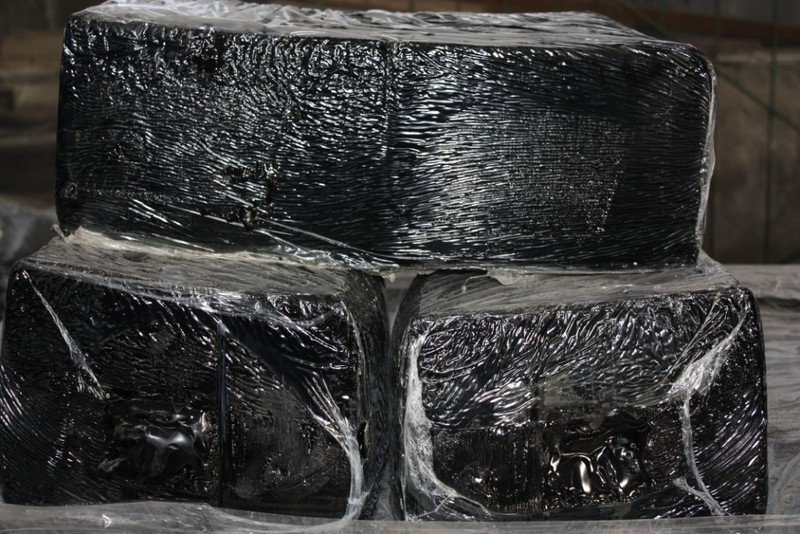 An easy row to hoe

And still, as FRA “Rosavtodor” Head of Department for scientific investigations and information support, Alexander Bukhtoyarov, remarks, there are more questions than answers.
— Today the industry has a deficit of bitumen in general and quality bitumen in particular, Bukhtoyarov admits.
This is confirmed by the official statistical data from the RF Ministry of Energy. In particular, according to them, 6 mln tons of bitumen is used in our country per year, while the technical capacity of home oil refinery plants allows for the production of 11 mln tons. One may ask, what kind of deficit are we speaking of? But it is not so simple. The point is that the annual use of bitumen is seasonal in character: it is used only during the road construction period, which lasts 6 months. And the 11 tons of production is counted for the whole year. So, for half a year – the period when road constructor need bitumen – Russian oil refinery plants are able to produce only 5.5 tons. Thus, we have a deficit of half a million tons.
Why is this so? Because all oil refinery plants try to increase their refining depth. Correspondingly, the volume and the quality of such lesser products as bitumen are decreased. Road constructors are quite annoyed about this.
According to representatives from the road construction industry, who took the floor at the recent annual conference “Bitumen and polymer-bitumen binders: Actual items 2015”, it is necessary to alter the refiners’ attitude towards the production of such material, which is important to road constructors, and to make them consider it a strategic product. And if so, bitumen should be produced from oil but not production waste. Thus, cooperative conditions must be created so that it should be profitable for the Russian oil industry to produce bitumen. 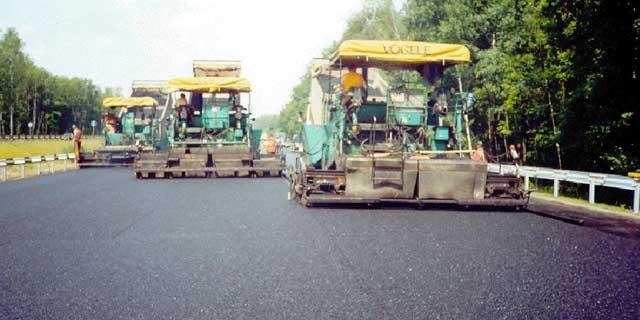 As far as polymer-bitumen binders are concerned, the largest demand for them was in 2013, when the actual use of polymer-bitumen binders reached more than 170 thousand tons: 75% higher than in 2012. Last year the volume of polymer-bitumen binders output was 190 thousand tons, which is 10% higher than the 2013 level.
Oil producers are ready for a dialogue with road constructors and actively share their point of view on this problem.
— The problems of production and use of bitumen are interconnected and mutually dependent, stressed the research supervisor of bitumen laboratory DScTech, Alexei Gureev, a professor in the oil refinery technology department at the Russian State University for Oil and Gas named after I.M. Gubkin. — I’m afraid there are no clearly formulated data on federal and regional demands for road-binding materials, as to the necessary volumes and quality. And this is a primary need — it provides for the creation of efficient and timely production! 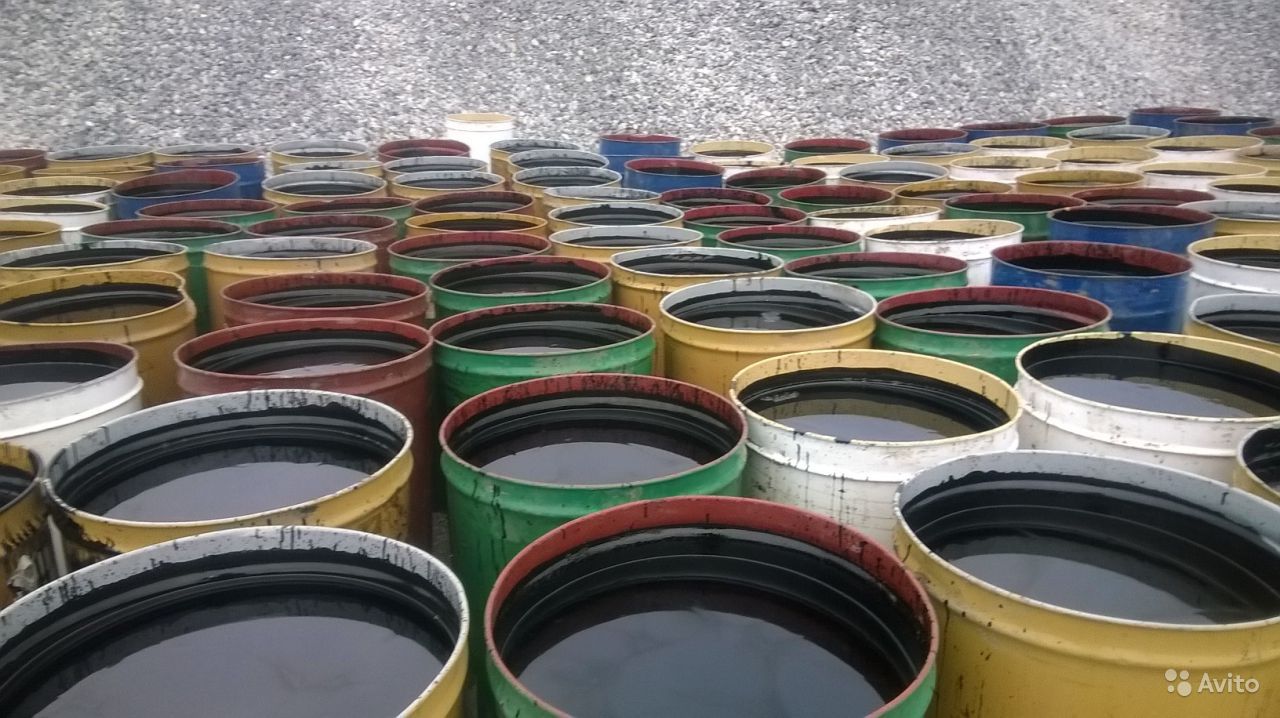 However, there are positives. Dmitry Orlov, Director General of one of the leading companies on the bitumen production market, shared one of them:
— Due to advanced technology introduction and innovative use of components in polymer-bitumen binder production, we yield good quality production meeting all modern demands, he assured road constructors. — Our research shows that the use of our polymer-bitumen binders in road construction significantly increases the exploitation characteristics of automobile roads.
— The market’s main players are sure to pay attention to widening the range of high quality production: modified polymer-bitumen binders and improved brands of bitumen, the Director of Bitumen Deliveries of JSC “LUKOIL-Reservenefteproduct”, Dmitry Minich, said in his recent interview with our magazine. — The largest state contractor, GC “Avtodor”, having developed a corporate standard (STO AVTODOR 2.1.2-2011), is paying much attention to the quality of road construction materials. The orders on products made according to this standard were sent to all oil producing companies. Only “LUKOIL-Reservenefteproduct” managed to yield a product corresponding the standard of BNDU-60 (improved construction bitumen). They not only produced thousands of tons but switched over to series production. This was the last road construction season, and for the new season we have quite serious orders.

Speaking of plants yielding such necessary road constructors’ products, one can’t but mention both good and bad facts. To start with the latter: an oil refinery plant in Ukhta, having produced the highest quality bitumen in Russia, has closed for long-term reconstruction. A good thing is that “Gazpromneft” has opened a specialized affiliate company “Gazpromneft — Bitumen materials”, which acquired the functions of the “Gazprom” oil production bitumen business management. According to Igor Astakhov, the Deputy Director of FRA “Rosavtodor”, this company is expected to become the leader of this market segment, as it has all the prerequisites: two main plants of the company produce bitumen brands as required by road construction. In particular, the Omsk oil refinery plant produces compounded oil resilient construction bitumen of the brands BNDE 50/70 and 70/100, and also compounded oil asphalt-bearing construction bitumen of the brands BNDA 50/70 and 70/100. The Moscow oil refinery plant produces compounded polymer-bitumen binders on the basis of polyethylene and vinylbenzene styrene-butadiene-rubber of the brands PGV 60 and 90.
The summary is clear. To overcome the bitumen deficit and to improve its quality - and correspondingly, to increase the life-cycle of our roads - the road constructors and oil producers must combine their efforts and cooperate. Such cooperation has already started, eg with the above-mentioned triple agreement. Time has passed, and a number of problems have been solved. When and how they will all be solved, we’ll learn quite soon.