Road construction is one of the most efficient ways of struggling against the crisis. According to expert assessment, one ruble invested in laying a road turns into ten rubles in other industries and the efficiency of the region where a road is laid grows by up to 8 times. The construction of Central Ring Roads (CRR) started in the Moscow region, and it is going to become one of the principle construction sites in the region.


The implementation of this project will lead to a vast volume of work being carried out. The total length of the road will be 529.7 km and its cost will be over 300 bln rubles. The CRR is divided into 5 start-up facilities; the sections of the road will have different widths, from four to eight lanes. According to the plan, the first start-up facility will be put into operation in 2020, but some sections will start work even earlier, in 2018. The cost of the first 50-km long stage will be 57 bln rubles. 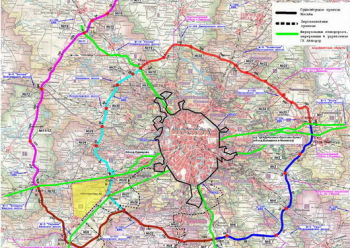 Instead of an old concrete road, a toll autobahn

CRR is to be a toll road except for two sections. This road will become a relief road for the concrete ring and will significantly decrease the heavy truck / transit vehicle burden on the MARR (Moscow Automobile Ring Road) and regional roads in Moscow and the Moscow region. There will be 32 motorway filling stations, 18 technical service stations for automobiles and trucks, 18 motels, 22 cafes/restaurants, and 30 multifunctional filling complexes.

According to the Deputy Head of the Federal Road Agency, Dmitry Pronchatov, the CRR project is not the only one. By 2020, 30 different objects of this kind will have been built in the Moscow region, 8 of which are already in operation – 37 km of new roads. In 2015–2017, 68 bln rubles will be allotted to this. The road builders’ principal task is to increase the traffic capacity of the Moscow region’s road network. It will mainly be achieved by the construction of main roads without traffic lights.

Konstantin Lyashkevich, Head of the Moscow region Main Department of Public Road Systems, thinks that the CRR will significantly ease the burden on the regional road network. Built in the 1970s and 1980s, it is now too overloaded and can’t deal with current traffic volumes. 60% of roadways are in poor condition and need great expenditures for their repair, but only 10% of regional roads are repaired annually.

All these factors result in the decrease of network capacity in heavy jams. Another acute problem is that of railroad crossings, where drivers lose a lot of time. Elevated roads are now being built and by the end of 2015, 5 such overhead crossings will have been put into operation. By 2018 the authorities plan to do away with all such ‘problem’ crossings. 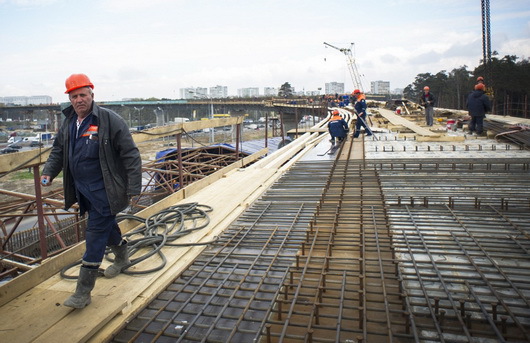 With the CRR construction, the Moscow region’s road infrastructure development will reach a new level. As Konstantin Lyashkevich remarks, the arterial road will alter all the traffic flows in the region and a new logistics system will develop. The majority of cargo is currently delivered to Moscow by railway, and when the CRR is put into operation the role of automobile transportation will grow, with the creation of new logistics to follow.

The crisis has seriously aggravated the problem of project financing: even though in May 2014 the RF Prime Minister, Dmitry Medvedev, signed an adequate resolution, the problem still exists. The CRR construction is planned to be built within the framework of a PPP. The state subsidizes it from the federal budget and the rest is invested by private partners. Each start-up facility will be constructed within the framework of a separate PPP project.  Such a scheme is quite economically viable. According to Konstantin Lyashkevich, private investors are ready to support regional road infrastructure in spite of the crisis.

Another important item — who will build the road? The “morsel” is tasty, and the fight for it is intense.

Maxim Strelnikov, Vice-President of the Russian Public Road System Industrial Association “ASPOR”, is sure that Moscow and Moscow region road constructors will cope with the full volume of work. Competitions in which large companies took part have shown this. Small contractors will also be used. If any of them doesn’t manage their task, construction companies from other regions may be engaged. 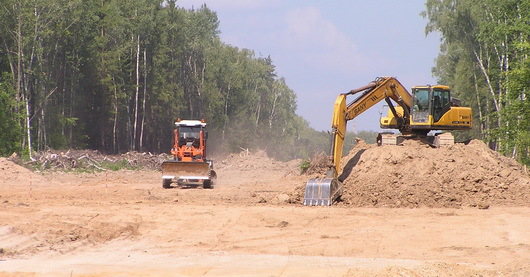 Should we leave down a rake only to step on it again?

The CRR construction is only just starting, while local authorities on whose territory road sections will be located are getting ready for it. Domodedovo’s Head of Local Administration, Dmitry Gorodetsky, says that although the road will be laid on municipal territory only some years in the future, builders are starting to lay new access routes to this future road. The local authorities consider the road to be a driver for their further development as a large traffic hub.

Domodedovo airport is now ahead of Frankfurt-on-Mein, Paris Charles de Gaulle and London Heathrow airports in terms of profitability.  The technical park “Southern Gate” is operating successfully - 80% of its space is occupied by tenants, including foreign ones.  The new road construction will significantly enhance the economic potential of the Domodedovo district.

The Central Federal District will also gain from the construction of the CRR. 17 thousand transport operators whose business is connected with Moscow work there. But at present they have no right to drive along the MARR in the daytime — unlike their foreign rivals. Of course, this has a negative impact on the activities of domestic transporting companies. CRR construction will level the playing field for Russians and foreigners.

The Deputy Chairman of the Moscow City Architecture Committee, Sergey Kostin, thinks that in spite of all difficulties the construction of the CRR must go on, because the project itself is the strongest anti-crisis remedy for the economy of Moscow, the Moscow region and a number of Central Russian regions. Some details should be thoroughly thought through: a significant part of the CRR is supposed to have only two lanes in each direction. One shouldn’t forget that a miser pays twice. In a number of experts’ opinion, the construction of two-lane sections will result in problem traffic zones in the short-term, and the issue of making these sections wider will naturally arise. Isn’t it better to do it in one fell sweep, securing ourselves against all future risks?