What is the priority?— Mr. Kononov, 23 bln rubles are known to have been allotted from the RF federal budget for the development of Crimea. How is the money supposed to be spent? What are the main investments?— I’ll remind you that on August 11th 2014, the Federal special-purpose program “Social-economic development of the Republic of Crimea and of the city of Sevastopol up to 2020” was adopted by the RF Government. We work according to this document. All the program’s items are aimed at one main thing: to do away with infrastructural restrictions in the region - in water, electricity, engineering facilities, etc. In this way we’ll be able to create powerful economic potential on the territory of the Republic of Crimea.  Firstly, we are to develop the energy complex of Crimea, eliminate network restrictions, create our own energy generation complex and provide for an uninterrupted power supply to the Republic’s citizens. Another important thing is the development of engineering infrastructure and the water supply, which includes upgrading the water supply and waste-water disposal systems, coast protection, solid municipal waste utilization, etc. The third important task is to upgrade the transportation network. The priority here is the construction of the transportation overpass across the Strait of Kerch, then the airport reconstruction at Simferopol and Belbek, construction of a modern port infrastructure, city transport renewal, construction and reconstruction of roads, orientation of Russian passenger and cargo traffic, and the checkpoint arrangement at the RF border.And of course, we must not forget the social sphere: great work is to be done reconstructing old schools and constructing new ones, as well as hospitals and social institutions. At the same time we’ll form an industrial complex, mainly in the form of industrial parks. And of course we’ll develop a tourism and recreation cluster — Crimea is a famous health resort and we will create new tourist and resort infrastructure. 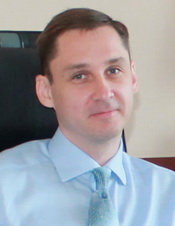 Raw materials are quite adequate — How will the Crimean construction complex develop? Will there be new plants producing construction materials? How can you characterize the Crimean raw materials base?— Crimea has its own rather rich resource materials base, necessary for the production of construction materials: about 280 deposits of 24 types of raw materials.  Currently 135 deposits are being developed and 20 are being prepared for exploitation. Recently the Council of Ministers of the Republic of Crimea and the top management of “GenInvest” signed an agreement on the implementation of a large-scale project for the construction of a cement works in Kerch. The investment is about 1 bln rubles. It may start operating at the end of 2015 and will produce up to 1 m tons annually.  First they will use imported raw materials, and then transfer to local ones. The plant will be an environmentally friendly enterprise - that is very important for our resort territory. All the equipment has been bought in Italy and it will be installed immediately after the manufacturing site is ready. The owner of the plant has already bought the port of Kamysh-Burun, through which raw materials will be delivered and products shipped. Dredging operations and hydro-technical utilities repairs are now being carried out.  20% of Crimean energy comes from sunlight and wind— How will you solve the problem of a lack of energy resources? Is the reconstruction of existent generating capacities planned?— It is not a secret that the energy supply to the peninsula is insufficient. The equipment in heat-power plants is obsolete. Simferopol Central Heating and Power Plant provides only 30% of the city’s and some suburban settlements’ needs. However, it is the main reserve electrical energy source in the Crimea. The “KrymTETS” (Crimea CHPP) company, which owns three electricity power plants in Crimea, is going to reconstruct Simferopol CHPP, enhancing its capacity from 90 to 420 MW. At the same time we are proud of our success in alternative energy. About 20% of electricity comes from solar power plants and wind power generators. But though they are developing, they can only partly satisfy the citizens’ needs for electricity.   What projects will be implemented, and where?— Have you got highly qualified designers?— Before the Republic of Crimea joined the Russian Federation, we had had about 60 enterprises dealing with the design of capital construction objects. According to the RF Urban Development Code, the majority of enterprises have entered self-regulating organizations (SRO) and received the necessary clearance certificates, while others are in the process. So, we do not lack designers.    — What large-scale constructions are claimed for Crimea in the near future?— In 2015, several large-scale construction projects have been launched. The Ministry of Transportation of the Republic of Crimea is responsible for them. One of the projects is the construction and reconstruction of the automobile road Kerch – Feodosiya – Belogorsk – Simferopol – Bakhchisarai – Sevastopol. Another road will connect Feodosiya – Sudak – Alushta – Yalta – Sevastopol. There is also the construction of railroad connections over the Strait of Kerch. Speaking of engineering infrastructure, I can’t but mention the cable-car across the Strait of Kerch (the Ministry of Energy of the Republic of Crimea is responsible), the reconstruction of the tunnel water-line of the Crimean southern coast (the 2nd phase), and the 1st phase of water-line construction from the inlets to the points of emergency release into the North Crimean Channel (the Ministry of Utilities of the Republic of Crimea is responsible). — At what stage are the works at the Kerch bridge construction site?— In February 2015 JSC “Stroygazmontazh”, belonging to Arkady Rotenberg, and Rosavtodor signed a contract on designing and constructing the transport bridge across the Strait of Kerch at a cost of 228.3 bln rubles. The traffic is to start in December, 2018. Preparatory works are being carried out now, the necessary geodetic and geological investigations have already been done, and earthquake activity has been analyzed in the region. The territory has also been checked for possible World War II graves and shells.  The schedule has been made.  The technological bridge for delivery of materials and engineering facilities transportation from the Taman coast to Tuzla Island is now being erected. At the same time, according to the state contract, project documents for transport connections to the bridge from the side of the Krasnodar area have been sent to the RF Directorate-General for the State Environmental Review.  I’ll remind you that the 19 km bridge across the Strait of Kerch will be constructed together with the construction of transport and railway connections to it. 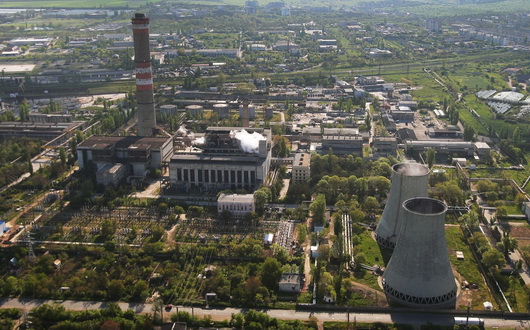 — As we know from mass media, you plan to create several large tourist clusters near Saki, Evpatoriya, Koktebel, Bakhchisarai, lake Chokrak and the settlement of Olenevka. What other tourist and resort centers will be built in the Crimea? — The creation of tourist infrastructure is really one of our priorities. We plan to build infrastructure objects to provide for rest, health recovery, treatment, and excursions in the six tourism and recreation clusters of the Republic of Crimea. The areas are located at Saki, Evpatoriya, Koktebel, Bakhchisarai, Lake Chokrak and one more tourist zone called “Chernomorskaya” (“the Black Sea” zone). The program on the creation of tourism and recreation clusters will be implemented in 2015-2020. The total financing from the federal budget is 28.167 bln rubles. Engineering facilities infrastructure will be created on the territory of each tourism and recreation centre. Also, tourism objects are supposed to be built by private investors.  Studying Russian law — How do construction companies enter self-regulating organizations in the Crimea, and how many of them have already entered SRO?— In the Republic of Crimea there are two non-commercial organizations with the status of self-regulating: the “Constructors of the Crimea” and “Designers of the Crimea” Associations. Both organizations have been registered with the Russian Technical Supervision Service (Rostekhnadzor) and have the right to issue permission certificates to some kinds of work.  Any other SRO is not restricted in its rights and has the lawful right to work on the territory of the Republic of Crimea. The work of the associations is providing constructors and designers with jobs, creating interaction between the members of SRO, pumping up the budget of the Republic of Crimea, and improving design and construction quality.  Both associations help their members in studying the RF law in the design and construction sphere. The Institution of Advanced Training works with them - the best specialist, both local and from other regions of Russia, teach there. — How are you going to battle unprincipled contractors?— On the website of the Government of the Republic of Crimea, there is a list of organizations that failed to perform part of their contract in 2014 (http://rk.gov.ru/rus/blacklist_org) connected with capital construction, repair works, reconstruction and road construction (including road maintenance) or that have broken the terms of the contract. So everybody can see those who work badly, and it will make them think about the quality of their work. — On May 15th-16th, the Investment-Construction Forum “Crimea—2015” was held in Yalta. What acute problems were discussed there? — First of all, the results of the construction complex operating in the Republic of Crimea in 2014 were summarized. The implementation of new technologies in construction and materials production and opportunities for the development of regional and international communications were discussed. Representatives of different ministries, the Constructors’ Union of the Republic of Crimea, and directors of the largest construction organizations took the floor.  The attractiveness of Crimea and Sevastopol for investors was widely discussed within the framework of the regulation, “On the development of the Crimean Federal Region and the free economic zone on the territory of the Republic of Crimea and the city of Sevastopol”  I think we have defined the key principles of our activities for the next three years. Now we get to work.— Thank you for the interesting and detailed interview. We wish success and good contracts to all Crimean constructors.