The Krasnodar region, Psebay. Our special correspondent, Alexei Nevsky. On September 23d a group of journalists from leading construction media and their colleagues from the southern regions visited the “KNAUF Gypsum Kuban” plant on a press tour.


The plant is situated near the Caucasus biosphere reserve and includes a number of modern plants in the vicinity of the largest gypsum depot. The Director General of the plant, Oleg Shingyriy (in the photo on the left), and Leonid Los, the Head of the Marketing Communications Department of the central directorate of the company, discussed production condition and volumes. 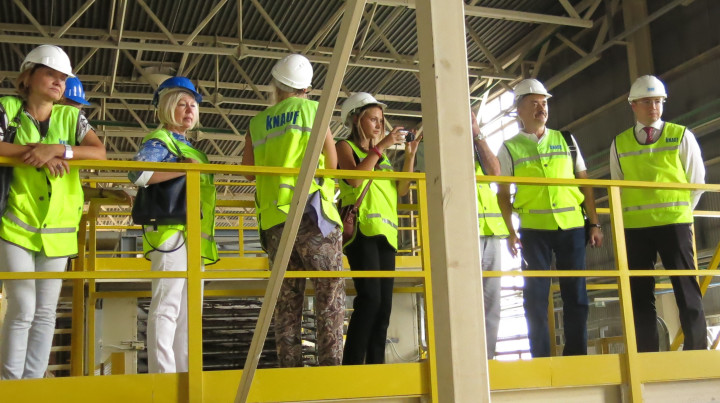 Introducing the head of the plant, Leonid Los remarked that the plant is considered the best of all the German company’s plants in the world, taking into account the totality of factors during the last two years (the number of KNAUF company plants worldwide totals 220). In the course of the excursion, the journalists were shown a gypsum pit, the plant, gypsum wallboards, dry mixes and profile production lines.
At the briefing, Oleg Shingyriy confessed that the crisis in the construction industry has impacted on the plant’s production volume: last year it decreased by 25%. The same decrease is expected this year. But these serious difficulties do not threaten the plant. “More than that”, he added, “we are going to start new production of cement mixes”. 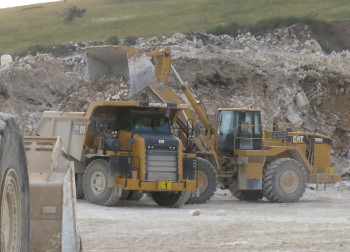 The Director General then spoke in detail about the optimization of the plant in the current conditions. The company is not going to reduce staff, but will invest in the reconstruction of the working production lines and in modern and energy-efficient equipment. This will result in a primary cost decrease and will also enhance the plant’s competitiveness on the regional market. The reconstruction will be carried out without stopping production, the Director stressed. Answering questions from our correspondent - why they do not make the number of employees the same as at the plants in Europe and increase labor efficiency? - Oleg Shingyriy answered that up to 250 employees work at such plants in Europe, whereas 325 work at their plant.
This is because of the framework created by Russian legislation, and is why working efficiency at their plant is lower than in Europe.
The director of the plant then showed the journalists the “Vympel” sports club with special pride. The plant is the sponsor of the club. Over the 8 years of sponsorship, two participants from the club have been included in Russia’s national youth cycling team and one has become a Master of Sports. 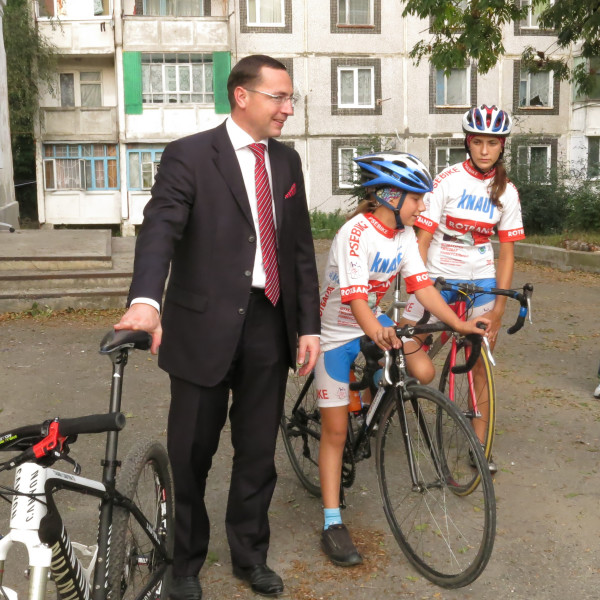 Reference:
The “KNAUF Gypsum Kuban” plant was opened in 1999. Currently, according to Nikolaus Knauf, the plant is “a pearl in the crown of the German brand’s plants”. In 2014 the plant paid 865,087 rubles in tax and the average salary was 41,000 rubles. The “Vympel” sports club was initiated by Oleg Shingyriy, a passionate fan of cycling. To attract young people to work at the plant, the directorate of the plant is implementing the “What is Knauf?” program, including meetings between schoolchildren and leading specialists from the plant in local schools and excursions around the plant.

How KNAUF overcame a fall in production